A Vegetarian for 32 Years 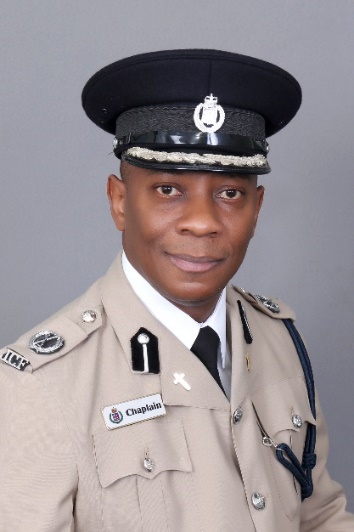 As a vegetarian for 32 years, Dr. Gary Buddoo-Fletcher is accustomed to being asked many questions about his diet. Topping the list of such questions are: “What do you eat?”, “How do you get your protein?”, “How long have you been a vegetarian?” Don’t you miss meat?” and “How do you do it?”

The Chaplain of the Jamaica Constabulary Force and a Seventh-day Adventist Pastor, Dr. Buddoo-Fletcher eats no flesh nor animal products, except eggs, which he only consumes when used in pastries.  His diet includes a variety of legumes, vegetables, fruits, nuts, whole grains and soy-based products.

Dr. Buddoo-Fletcher was a mere 16-year-old, who was attending St. Catherine High School, when he became a vegetarian.  His change in diet was an attempt to get rid of a bad case of acne, which made him self-conscious.

“Having acne caused me to develop low self-esteem.  I was teased a lot and called names.  I used a facial cleanser which worked, but I also wanted to attack the problem from the inside,” he explained.

His strong resolve to maintain his new diet could not be thwarted despite being the only vegetarian in his household.  His adopted mother, Ivy Fletcher, operated a meat shop, which meant that there was always an abundance of meat at home.

“I used to eat a lot of meat. There was always plenty of meat, all kinds of meat,” he related.

The transition to vegetarianism did not prove to be much of a challenge for him.  He ate mainly fruits and snacks at school, and with the rest of his lunch money, he purchased dinner at a vegetarian restaurant near his home.

After transferring to West Indies College High, now Victor Dixon High, a Seventh-day Adventist institution, and later at West Indies College, now Northern Caribbean University, also a Seventh-day Adventist institution, it became increasingly easier for him to obtain vegetarian meals daily.  At home, things were also getting easier, as his adopted mother started to prepare vegetarian meals for him.

He disclosed that while he finds the smell of meat appealing when it is being cooked or jerked, he has never been enticed to indulge.

“Meat is not the healthiest thing.  My principle is that you must eat the best of what is around you.”

Fortunately, he has never had to backpedal on his diet, as he is always able to find vegetarian options.  In the Corporate Area where he works, he has a choice of three vegetarian restaurants where he obtains his lunch.

He credits his wife of 24 years, Dyhann, who is also a vegetarian, for preparing a variety of delicious meals, which he enjoys.

“My favourite meal is sweet and sour tofu with pineapple,” he disclosed, while adding that his wife prepares it the best.

“It’s less expensive to eat properly than to have to spend the money at the doctor.  You can enjoy a better quality of life and longevity, as it is proven that persons who have a plant-based diet live longer,” he reasoned.