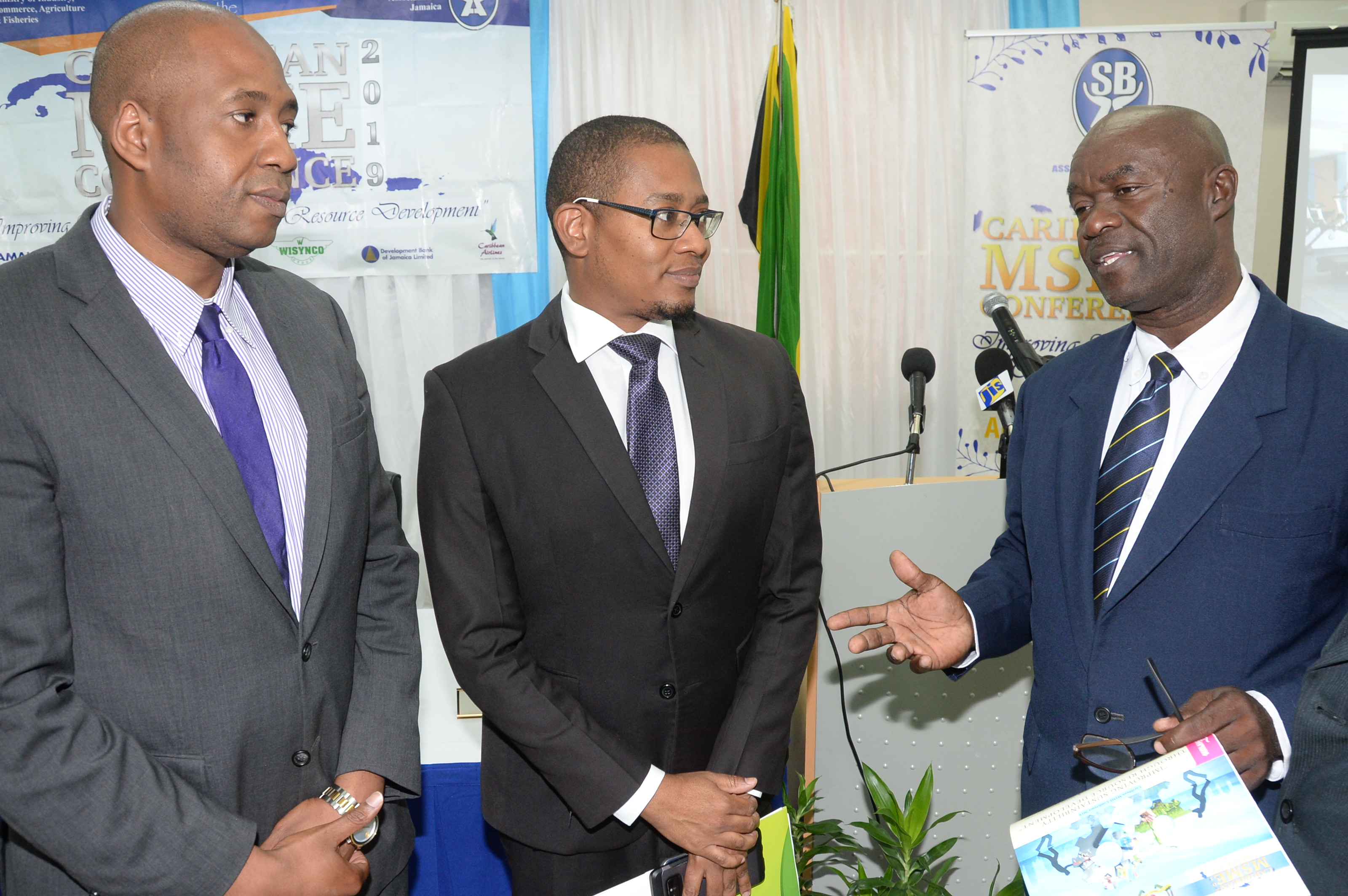 Minister of State in the Ministry of Industry, Commerce, Agriculture and Fisheries, Floyd Green, says that the government’s move to abolish the minimum business tax is likely to spur more small and micro businesses, which operated below the radar, to formalise their operations.

Speaking during the launch of the MSME Conference 2019 at the Ministry’s offices in New Kingston on March 20, the Minister said that the government was actively implementing aspects of the MSME and Entrepreneurship Policy, to remove the barriers to businesses wanting to formalise their operations. He acknowledged that several of the barriers were created by government itself.

“We want to encourage more small businesses to become formal institutions, but there are have been challenges. In fact, the government, itself, had set up barriers to entry. Part of my job is to remove those barriers; and I am very happy that the Minister of Finance is on board in that mission,” he said.

He also indicated that the existence of the minimum business tax discouraged many micro entrepreneurs from seeking to register their businesses, but the removal of the $60,000 announced by Minister of Finance and the Public Service, Dr Nigel Clarke, during the opening of the Budget Debate, should encourage more business to enter the formal economy.

“The small business sector, especially the barber, the hair dresser, those in the creative industries, who were waiting to come into formality, but because of the hindrance of a minimum business tax, were staying on the periphery and operating in the dark. They can now all come into the light.”

Commending main sponsors of the conference, The Jamaica National Group, for its role in the development of micro and small businesses through its member company, JN Small Business Loans, the Minister said the government must play a more active role in enhancing access to financing. He also noted that a pool of $400 million is to be made accessible to businesses, through the EXIM Bank, to assist businesses to take better advantage of the Caribbean Single Market and Economy. The funds are to be made available by April.

“I know if minister (Minister of Industry, Commerce, Agriculture and Fisheries, Audley Shaw) was here, he would say that, often times when we hear of CSME and the single market, it appears you have the ‘C,’ which is the ‘Caribbean,’ and single market, which is ‘Jamaica’,” he said. “I know that what he wants is for us to empower our small business to take advantage of the Caribbean Single Market and Economy.”

He was supported by president of the Small Business Association of Jamaica (SBAJ), Hugh Johnson, who noted that the Caribbean Community (CARICOM) was designed to support small businesses in the region; but, bemoaned that it has not worked.

“The larger businesses, because of their resources, they are able to navigate the corridors of the region to do business, but not the small business,” he said, pointing out that, the thinking formed a part of the reason for the establishment of the MSME Conference.”

Minister Green said, that in addition to the EXIM Bank funds, the government is also looking at grants and venture capital to support small businesses; as well as, tapping into unclaimed funds at commercial banks, which are remitted to the government after 15 years.. Minister Green said a preliminary report by consultants studying unclaimed funds will be released sometime in April.

Small and micro businesses will soon receive preference for public procurement; and Minister Green indicated that the Minister of Finance is to table those regulations in two to three months.

“It will unleash tremendous potential,” Minister Green explained. “We know the challenges. We know it’s not a level playing field; therefore, we are determined, as a government, to carve out a certain percentage of the procurement that can only be accessed by our MSME sector. That will help, not only to keep the business here; but, also to grow those companies.”

He said it will also encourage businesses to collaborate in order to satisfy arrangements under contracts.

Pointing to the importance of the sector to the economy, Ryan Parkes, chief, business banking at JN Bank, said that overall investment in the micro and small business sector will yield better results for the economy.

“Our experience in the sector undergirds that investment in micro and small business operations is, in fact, a good security, which yields positive results, not simply because borrowers finance their obligations, but because their businesses add life to the economy of our country,” he affirmed.

He pointed out that throughout its 19 years of existence, JNSBL has been able to create and sustain more than 200,000 jobs in the sector through loan funding.

“And, we note that research, conducted by The University of the West Indies some years ago, revealed that persons who borrow from JNSBL, and their families, achieve positive economic and social outcomes,” he said, pointing out that, during its almost two decades of operation, the microfinance company supported micro entrepreneurs by accepting non-traditional collateral for loans, such as appliances and furniture.