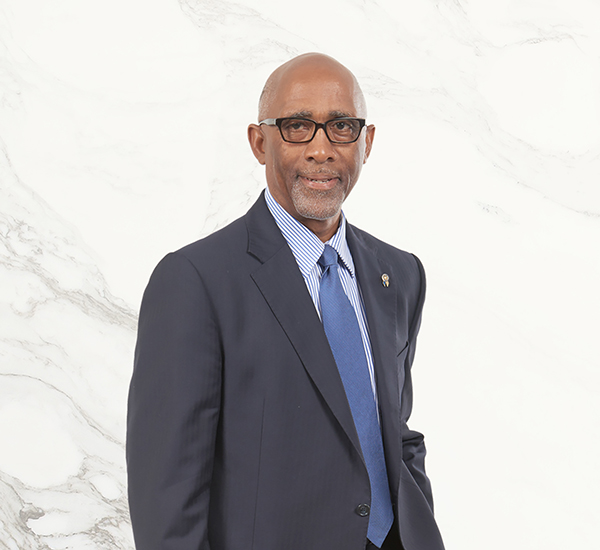 The Hon. Marlene Malahoo Forte, Attorney General of Jamaica, is urging past students and other Jamaicans to donate to the restoration of the historic Thomas Manning Building located at the Manning’s School in Westmoreland.

The school is seeking to raise more than $100 million to fund the renovation of the building, which was erected in the 1800s and has been designated a heritage site by the Jamaica National Heritage Trust.

The Georgian-styled structure has deteriorated significantly over the years and is now in a state of disrepair and was declared unsafe for use in 2019. Prior to being declared unsafe, the building housed the school’s library and resource rooms.

“We need your help. I am asking you to give back again and again. The Thomas Manning Building is symbolic of the school. Let’s restore it so this splendor can shine again and do so more brightly,” Mrs Malahoo Forte said in an address, during the launch of a major fundraiser event held recently at the school and via several online platforms.

The Attorney General, who is a past student of Manning’s, further noted that she would be calling on the Government of Jamaica to honour the commitments made. “We can do it. We must do it (raise the funds),” she stated.

In his remarks, which were made via a pre-recorded video, the Most Honourable PJ Patterson, former Prime Minister of Jamaica, recommended that a cess, or tax, be imposed on past students of the school for them to support the restoration of the building.

“Manning’s School is still in its prime, and indeed, it is top-ranking. You should find the past students, hunt them down, and impose a cess on them for this restoration programme,” Mr Patterson said.

“I am confident that the restoration committee chosen by the alumni association has distinguished persons who will be persistent to marshal funds from past students, especially those still at home in Jamaica and those who are living abroad in the United States, Canada and the United Kingdom.”

He also lauded The Jamaica National Group for stepping forward and being the lead donor, so far, in the venture.

Earl Samuels, chief of development financing at The JN Group, also urged members of Corporate Jamaica to donate to the important cause.

He noted that for more than two centuries the Manning’s School has contributed to shaping and developing young men and women, who have moved on to make significant contributions to the nation and the wider Caribbean region.

“We are reminded through your individual and combined achievements that Jamaica is a winner and that Western Jamaica, in particular, has long been a powerful muscle in the intellectual, political, and cultural development of our country,” Mr Samuels said.

He further remarked that the JN Group did not think twice about donating to the restoration project, as the organisation believed wholeheartedly in the importance of education.

“We fervently believe that a solid education is one of the keys to positive nation-building,” the JN executive stated.

Mr Samuels also pointed to JN Group’s own historical connection to the parish of Westmoreland, informing that “our first members met in a church in Savanna-la-Mar, Westmoreland in 1871 to discuss the formation of an organisation, to assist the daughters and sons of former slaves to become landowners and homeowners.”

He further informed that that opportunity was supported by the passage of a Building Societies Act in 1865, which less than ten years later facilitated the birth of the Westmoreland Building Society, which later became of the Jamaica National Building Society and today, JN Bank.