Caecilius Edwards: The Barber and Fisherman 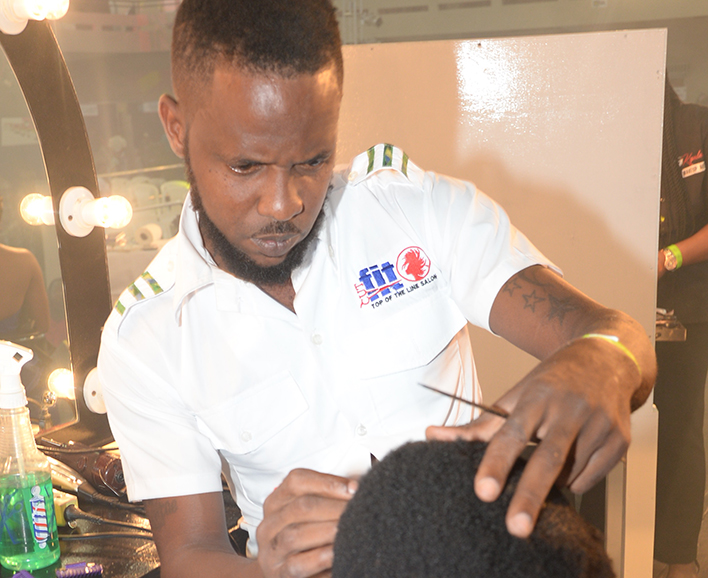 For most of his life, Caecilians Edwards wanted to own a boat. And, he got that chance when he finished second in the 2016 edition of the JN Small Business Loans (JNSBL) Barber and Beauty Battle, which was held at the National Indoor Sports Centre.

Mr Edwards, who is based in Port Antonio, Portland, finished second behind winner Marlon Phillips, and ahead of Avril Simpson. The winning barber received the $500,000 cash prize; while Edwards won $300,000 and Simpson $100,000.  It was from his winnings that Mr Edwards purchased a fishing boat, last year.

“For a long time I dreamt about owning a boat, so that I could pursue my other love, which is fishing. Therefore, when I finished second in the JNSBL Barber and Beauty Battle, I immediately used a portion of my prize money to purchase one,” said Mr Edwards.

Since acquiring the boat, he spends his Sundays and sometimes nights, fishing.  Whenever he goes at nights, he returns early enough to sleep prior to heading to his salon in the morning.

“Fishing was my first occupation when I dropped out of high school,” Mr Edwards related. “I was in grade nine when my grandmother died. She was the breadwinner, and that meant that my siblings and I were left to fend for ourselves. It was my first job and I loved it.”

Although he loved his job as a fisherman, the father of six was forced to change careers when his first child was born.

“At the time, becoming a barber was the only other job I could do, without having a boss. I could cut hair very well, having practiced the skill on myself and others. That was why I gave up fishing,” he explained.

Mr Edwards did not only purchase a boat from his winnings, he admits that he also benefitted from the training he received during the workshops.

“The competition made me a better barber. I take greater pride in my work; I am more professional; and have more clients, because my name and reputation are out there,” he said.

The former Port Antonio High School student entered the competition based on the advice of friends and colleagues. He also placed fourth in the 2017 competition; and although he was disappointed, he welcomed the additional experience.

“I wanted to do better for myself; and was sad that I didn’t finish in the top three,” he explained. “However, I learnt a lot from the competition this year,” he added.

One of the things the barber of 18 years also learnt was to market his skills better.

“I now work from a salon, in Port Antonio, where we offer other services; and I learned not only to market my services, but also the location. I promote the fact that I do ‘barbering art,’ and do it very well. And, these skills were acquired during the competition,” he maintained.

Mrs. Gillian Hyde, General Manager, JNSBL said among the aims of the barber and beauty battle was encourage professionalism in the sector as well as enable participants to becoming entrepreneurs.

“When the competition was conceived, one of the goals was to improve professionalism within the sector. We also wanted participants to be even bolder entrepreneurs. Mr. Edwards achievements represents what the JNSBL Barber and Battle is about and we are proud of him,” she said.

Mr Edwards pointed out that he shares his first name with some famous people in history. There was a Roman banker, Lucius Caecilius Lucundus, a wealthy resident of Pompeii; and Caecilius, a Berber king who ruled the state of Altava, now a part of present-day Algeria in North Africa. He stated that he was named after the latter; and dreams of being as wealthy as his namesake.

“My primary focus has always been my children,” he explained. “I want all of them to have the education I didn’t get. Therefore, my main objective is to get them a firm educational grounding. After that, I will work on becoming as rich and famous as my namesake.”