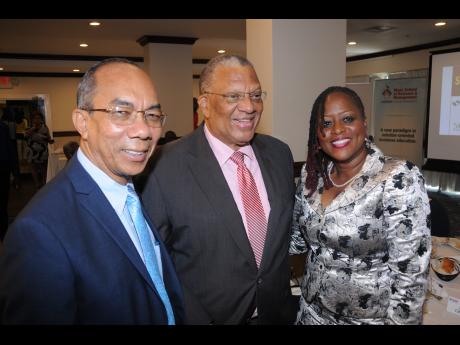 The construction sector can become a far more effective driver of economic growth through the development of more effective partnerships between the public and private sectors.

Petal James, client relationship manager at JN Bank, pointed that the sector has played a major role in the economy, but noted that the construction of new housing units has plunged over the past decade and-a-half. She said that greater integration between private sector initiatives and the public sector, could stimulate the sector and enhance economic growth.

“The private sector can provide a critical linchpin in addressing our housing needs,” Ms. James said. “Together with the government, housing developers and mortgage entities can mobilise the technical and financial resources to deliver necessary housing solutions.”

This is of major significance against the background of the Planning Institute of Jamaica report that housing start ups have declined from a high of 9,396 in 2002 to 1,467 in 2015. At the same time, government has indicated that the country needs in the region of 10,000 to 15,000 housing units per year to address our increasing housing demand.

“We should really be using our current demand of some 15,000 houses annually, with some amount of creativity, to stimulate growth in the economy through construction,” she stated. Ms. James was addressing the eighth annual Mona School of Business & Management (MSBM) Roundtable and CEO Breakfast Forum, at The University of the West Indies, Mona, on Wednesday, June 28.

“Together with the government, housing developers and mortgage entities can mobilise the technical and financial resources to deliver necessary housing solutions,” she declared, noting the current lack of integration of the growth in the tourism sector with the need to provide appropriate housing for the its growing labour force.

She noted that such an approach would have the “domino effect” in terms of providing employment for persons in the construction industry and boosting the Jamaican economy.

Dr. Lawrence, said that local companies have missed out on large infrastructural projects in recent times because they lacked the capital to make successful bids.

Some of these projects included: the construction of Highway 2000, which was done in collaboration with the French company Bouygues Construction and other highway construction with China Harbour Engineering Company; as well as, the privatisation of Sangster International Airport, which was outsourced to Vancouver Airport Services Consortium.

“Those were two Private Partnership Projects executed by the Government,” Dr. Lawrence stated, “and, regrettably, only a few Jamaican construction firms have the capital and expertise to meet the criteria to bid successfully for these projects.”

The researchers pointed out that consequently, Jamaican companies have lost job opportunities to foreign companies and failed to retain income from these major projects in Jamaica.

“High cost of financing and onerous debt may be resolved by issuing public equity on the Jamaica Stock Exchange,” said Dr. Lawrence.

“Surprisingly, few construction firms have seized this opportunity, especially with the introduction of the Junior Market, which grants a 100 per cent waiver on corporate income taxes for the first five years after an initial public offering (IPO),” he pointed out.

Dr. Lawrence noted that listing on the Jamaica Stock Exchange has substantial benefits as he explained that a small firm, with $50 million in total assets, can double its capital via an IPO and realise substantial improvement in its debt to equity ratio, while building visibility in the global market place.

Donald Mullings, Managing Director of M&M Jamaica, a past president of the Incorporated Master Builders Association, added that the construction industry plays a vital role in the country’s development with some 500 companies in the industry, employing more than 94,000 persons. He said the sector contributes approximately nine per cent of the country’s gross domestic product.

Petal James  (right), client relationship manager at JN Bank shares a photo opportunity with (at left), Dr. Horace Chang, Minister Without Portfolio in the Ministry of Economic Growth & Job Creation and Dr. Peter Phillips, Leader of the Opposition. Occasion was the 8th annual Mona School of Business & Management Roundtable CEO Breakfast Forum, which was held on Wednesday, June 28th at the Jamaica Pegasus Hotel under the theme “Construction as driver for economic growth”. Ms. James made a presentation at the event on the topic : “Public Private Partnership, critical for growth in Construction Industry.”