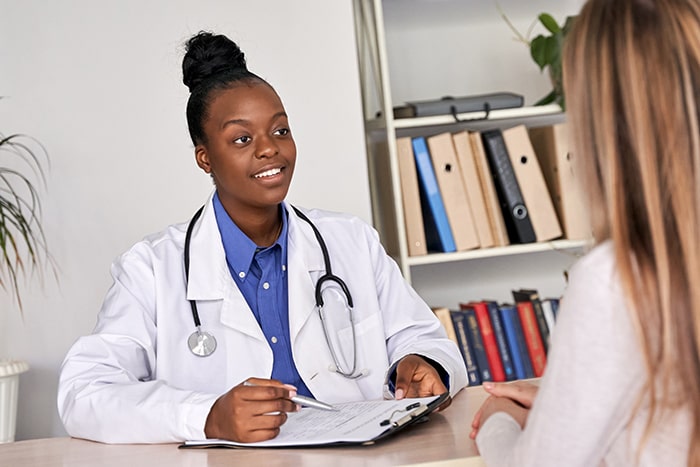 When Tara Playfair-Scott discovered a lump in her breast in 2016, the first thing she did was take to Google to research and self-diagnose.

The marketing and public relations consultant, who was speaking at the second in a three-part series of the JN Group #PowerofPink Keeping Abreast of Your Health YouTube discussion recently, is advising women and in rarer instances, men, that this is a prime example of exactly what you’re not supposed to do, after discovering a lump or any abnormality in the breast.

“I brushed it off for a few months actually. I honestly thought that with women, sometimes you tend to get some little lumps close to your period so I figured that’s what it was. I also had a couple of cysts in my breast in the past,” she explained to Kamala McWhinney, clinical psychologist and breast cancer survivor host of the series- the host of the series.

Playfair-Scott said she noticed that the lump wasn’t getting bigger, but it also was not going away. She was convinced that she knew what it was because the symptoms matched up with her Google findings.

Subsequently, she visited a medical centre and saw a doctor who recommended that she do a mammogram right away, as she was too busy and didn’t make the time to do one that year.

She was not prepared for what would happen next.

“I did the mammogram and the technician told me to go and wait in another room. I went in with the doctor who confirmed that there was indeed something in my breast and I needed a biopsy,” she detailed.

The Florida International and Howard University graduate said that it was at this point, that she became very concerned as the doctor described the lump as an “aggressive mass”.

She was lucky enough to get a next-day appointment for a biopsy as she had to travel soon for a work engagement.

“Ladies and gentlemen, you don’t want to get to the point of doing a biopsy. It is a very painful procedure and perhaps the most painful thing I had to do throughout my journey,” the breast survivor mentioned.

She left the island for about seven weeks and when she came back, she learned of her diagnosis- an aggressive form of breast cancer.

“I literally think I left my body after the doctor informed me that I have breast cancer. I don’t remember anything she said after that; not driving home, not going into my house, nothing. I just knew I went home, went to sleep and hoped that when I woke up, it wouldn’t be real. But when I woke up, the situation was pretty much still there,” she stated.

Playfair-Scott found out that she had triple negative breast cancer which is the most aggressive type. Before pulling herself together and deciding to tackle the matter head on, she had a bit of a breakdown.

However, Dr Andre Williams, oncologist, said, while speaking at the first episode of the JN Group Keeping Abreast of Your Health YouTube series, while finding out that you have breast cancer can be devastating, patients should try to cultivate the mind-set that they can beat the dreaded disease.

“That paralysis and fear which cripples you at the beginning, where it feels like your life is crashing before your eyes, get out of that as quickly as possible. Take the time to absorb the diagnosis and seek help from not only the doctors, but people who have been through it and get a good support system around you,” he advised.

JN Group’s #PowerofPink breast cancer awareness campaign is being hosted under the theme #Pink40 Beyond the Ribbon Keeping Abreast of Your Health, encouraging women and men to actively track their breast health when they reach age 40.

“The whole objective of breast cancer is to try and detect it early. The whole principle behind that is if you can detect it early, then you reduce the likelihood that it would be caught at a time when treatment is more involved, harder to achieve expensive and more devastating to the woman. We really want to be able to identify breast cancer in women as early as possible within their lives,” Dr Williams shared.

Playfair-Scott went ahead and did immunotherapy, low-dose chemotherapy and a mastectomy in Mexico.

She is now breast cancer-free and is encouraging other women to do their yearly mammograms and regular breast self-examinations.

“Your age does not matter. You could be the healthiest of them. You could not have an ounce of breast cancer history in your family and still develop it. You know your body best and you know when something is off,” she pointed out.

“It’s not a death sentence and don’t think of it as such. We know it’s there, but we don’t need to focus on it. You’re still a man or woman and you still have so much more to give,” she advised.