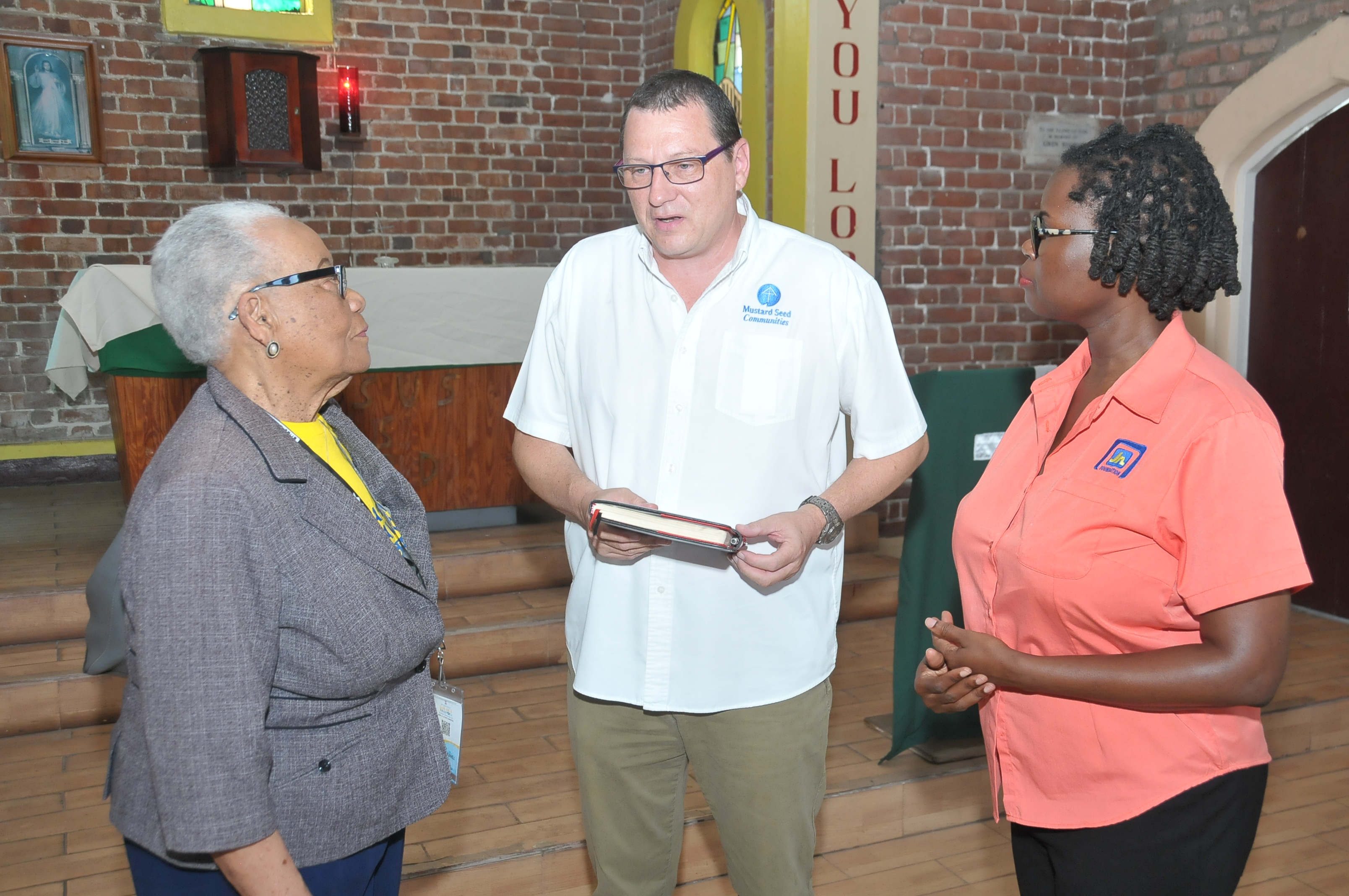 For Elloreece Burrell, a Jamaican living in Tampa, Florida in the United States of America, touring the Mustard Seed Communities run Jerusalem Children’s Village in Spanish Town was both a touching and enlightening experience.

The retired nurse, who does Outreach Ministry to Jamaica annually, was a member of the Diaspora team, who toured the children’s village during the Diaspora Day of Service, on the final day of the 2019 Diaspora Conference.

“Coming on this mission was revealing for me. It made me realise that there is so much to be done here; however, organisations, such as Mustard Seed Communities, have been helping those who are in need.  The facilities show that there is an attempt to care for the children living here; and that they are trying to be self-sufficient through various agricultural projects, while helping others. It warmed my heart to see this,” she said.

The agricultural project, which Mrs. Burrell spoke about, is the farm located on the property of the Jerusalem Children’s Village. The farm currently produces approximately 3,000 eggs per day, which are sold to hotels, supermarkets and surrounding communities. The Mustard Seed Farm also harvests Tilapia fish, raises broiler chickens and grows cash crops. There is also a recently established apiary for the production of honey.

“Our farm produces close to a million eggs per year. What we do is to credit our members of staff with the eggs, which they sell in their communities. They give us the money for the eggs and keep the profits,” explained David Silvera, Business Development Officer at Mustard Seed Communities.

“In respect of our Tilapia fish, we have 10,000 fingerlings which we will harvest, from each of our two ponds and sell every six months, to persons in the surrounding areas.

The Jerusalem Children’s Village currently houses some 160 persons, including adults with disabilities.

“Everything that we earn from these ventures goes back into the care of our residents. We have received a lot of help over the years; but, it was the SEBI project which helped us in our journey towards self sufficiency,” Mr. Silvera explained.

The Jerusalem Children’s Village was also a part of the Social Enterprise Boost Initiative (SEBI), an initiative developed by the JN Foundation and the United States Agency for International Development (USAID). The aim of SEBI was to transform social enterprises into efficient businesses; support and facilitate an enabling environment to fosters their growth; and increase public awareness, interest and support for those operating within the social economy.

“The JN Foundation has been a strong supporter of the Mustard Seed Communities social enterprise programmer, since the initial start of SEBI,” Mr. Silvera said. “We have grown leaps and bounds, because of the assistance that we received from JN Foundation, which has helped us to sustain ourselves.”

“Mustard Seed Communities was one of the social enterprises in the SEBI incubator programme, and it graduated into the accelerator programme. A few years from now, we will be talking about them, because of their earning potential and the fact they are doing well on their own.  We are proud of them and will continue to support them as much as possible,” she said.

“We have the honey project that has recently come on stream, which will help us to be even more sustainable. Therefore, we are excited about what it will do for us, in terms of additional revenue, which will also assist those in our care,” he stated.