‘I eat, sleep and dream about football’ – Dannique Wilson 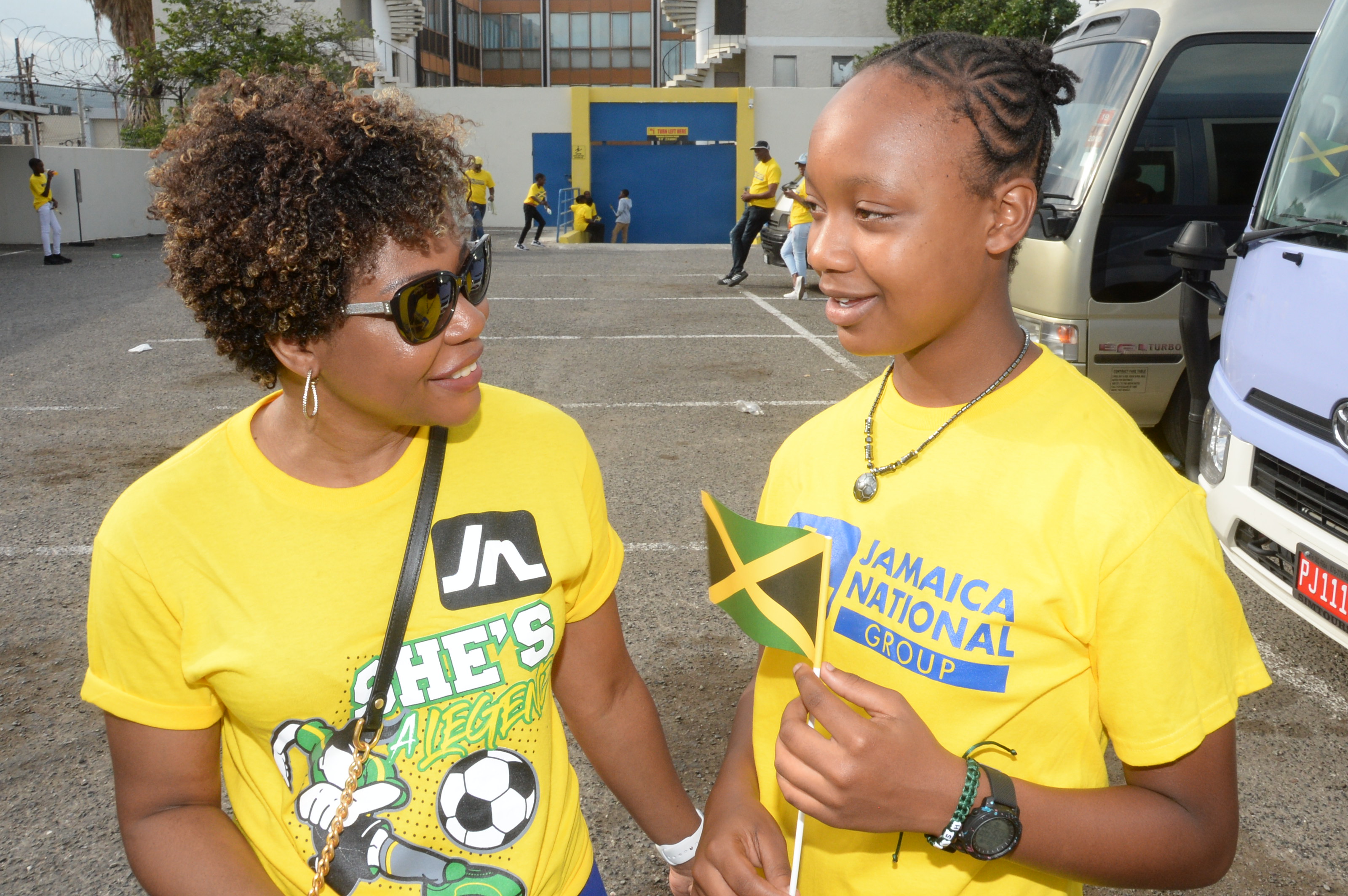 The future of women’s football in Jamaica is safe, if Dannique Wilson has anything to say about the matter. At 13-years-old, Dannique is considered a rising star in the sport and has already made history for her parish.

With 45 goals, the Mount Alvernia student, completed the recent ISSA Schoolgirl Football competition as the top goal scorer in the western region.

This placed her third overall in the island, behind Christina Salmon and Davia Richards of Excelsior High in Kingston.

Dannique has also represented Jamaica at the under-15 level.

“I feel very proud of myself, because my coach and teachers tell me that this is probably the first time someone from western Jamaica has scored so many goals in the league,” she said.

The Mount Alvernia MVP (Most Valuable Player) said she believes she was born to play football.

“It’s an inborn thing. I’ve been playing football since I could walk,” she said. “It’s just something that comes naturally. I eat, sleep and dream about football. It’s just my passion.”

With six brothers and a father, who are all passionate about the game, Dannique admits that it was only natural that she would follow suit.

“I started playing at home with my father and brothers. They would teach me the game and I would train with them.”

The recent success of the Reggae Girlz has served as even further inspiration for the teenager, who has aspirations to one day play international football.

Dannique and her teammates were among 550 students from schools under JN Bank’s School Savers’ programme, who recently travelled to the National Stadium in Kingston to witness the Reggae Girlz beat Panama 3-1 in their final home game before the World Cup in France.

“A talent like Dannique comes around only once in a while and is very hard to find. You can train a person, you can teach them about the game and teach them what is to be done, but raw talent is often what will set you a part,” Mr Brown stated.

“As long she stays focussed, grounded and humble, she will make it. The sky is the limit for her.”

Turning to the issue of the development of women’s football in Jamaica, Mr Brown said the Reggae Girlz recent performances have done a lot for the sport.

“Women’s football in Jamaica, over the years, hasn’t really received the level of publicity or support that their male counterparts have received. The Reggae Girlz qualifying for the World Cup is a great boost for the sport and has spurred a lot of interest among girls at the high school level.”

With about 47 teams competing in the ISSA Girls Football League this year, Mr Brown predicts that there will be more teams coming forward next year.

“The league is growing. When I just started out with Mount Alvernia there were only five teams in Group A. Now we have eight, I expect that next year we might see ten or even more and I suspect that similar growth is taking place across the island in other groups in the schoolgirl league,” he reasoned.

Mr Brown said he hopes that the interest and enthusiasm that is being expressed by high school girls in the sport will eventually move to the prep and primary school level.

“This will allow the girls to develop a basic idea of the sport from then, so that when they come to high school it would be easier for them to transition,” he said. “I’m just hoping that they will get the support they need from Corporate Jamaica and the wider society.”

Dr Dana Morris Dixon, Chief Marketing and Business Development Officer, The Jamaica National Group, one of the major sponsors of the Reggae Girlz, said the mission is to help spur support for women’s football among the population.

“Our male athletes get a lot of support in Jamaica and our females don’t. This is evident whenever the Reggae Girlz play, because despite the fact that they are a very good team, the spectator turnout remains low,” she said. “We want to get our fellow Jamaicans, especially our youth, excited about women’s football,” Dr Dixon added.

The FIFA Women’s World Cup kicks off on June 7.