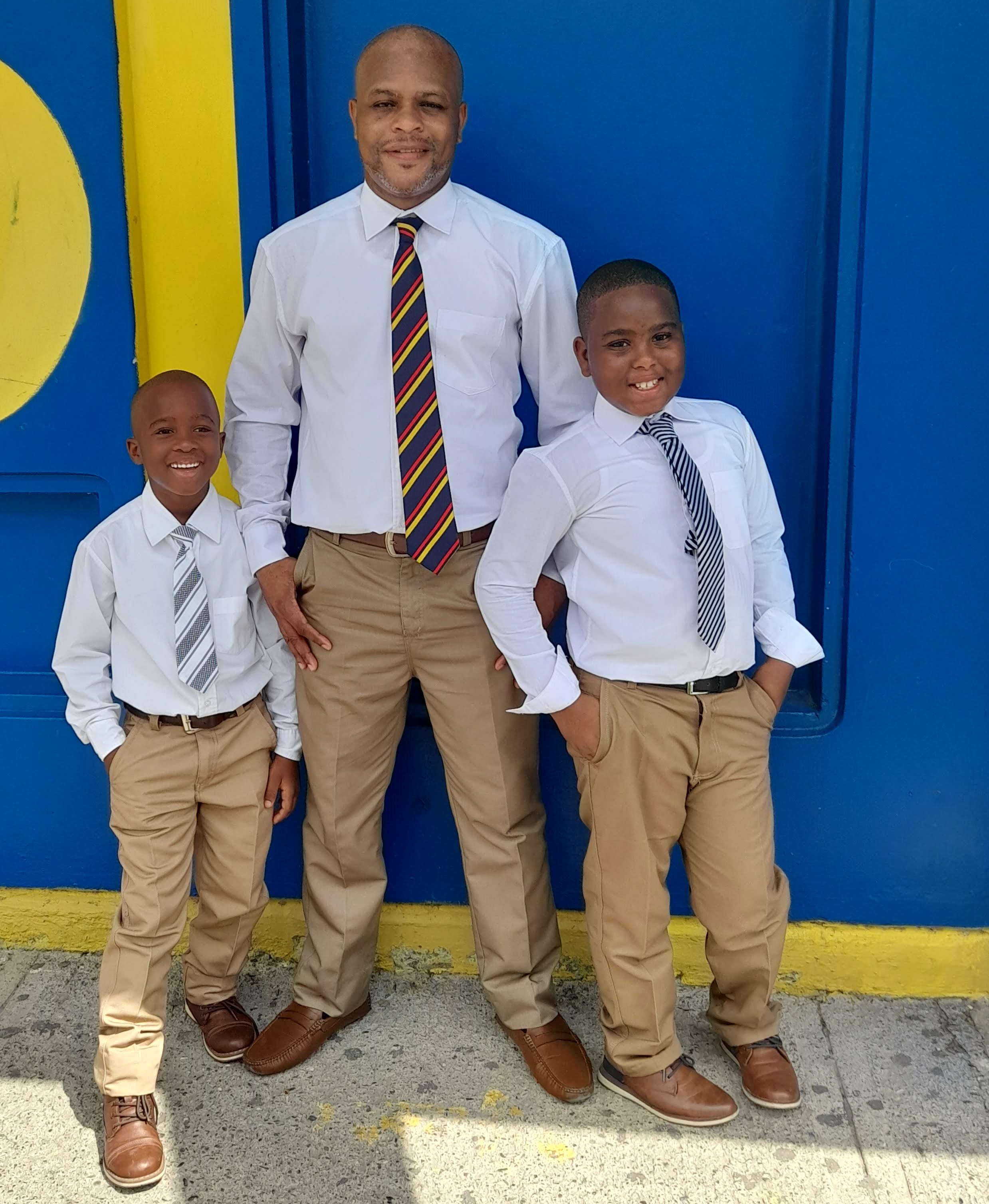 Jerry Ellis proudly wears many hats.  He is a biological father, a stepfather, a foster father and a godfather.

A web administrator with The Jamaica National Group and freelance full-stack developer, Mr Ellis was ushered into fatherhood as a godfather at the age of 17.  It happened when his parents provided temporary accommodation to a family with a six-month-old baby, Dennis, who had relocated from rural Jamaica to Johnson Pen, Spanish Town.  He developed an instant fondness for Dennis and frequently helped with taking care of him.

“He wasn’t christened as yet.  I was attending a church in my community, and she [Dennis’ mother] asked me to ask my pastor if he could christen him. The pastor asked her who the godmother and godfather were.  She didn’t know anybody because she was new to the community,” he explained, adding that he was happy to fill the role of godfather.

“He only has one godparent, me,” Mr Ellis pointed out.  “I didn’t feel pressured.  At the christening I held him in my arms for the whole time,” he said, while surmising he may have been asked to fill the role based on his maturity and being the only one in his household who attended church.

After about a three-week stay at the home of Jerry’s parents, Dennis’ parents moved to their own home which was located in the same community.  This enabled Mr Ellis to be in constant touch with Dennis.

Dennis’ parents separated when he was one year old. Mr Ellis, having the support of his parents, offered to become his foster parent and to take his godson to live in his home in order to provide a stable environment for him. At the time, he was working and was able to provide for the child’s needs.

“It wasn’t a burden because my mom assisted,” Mr Ellis pointed out.

Mr Ellis related a cherished moment when Dennis called him daddy for the first time during a telephone call last Christmas.

“He said, ‘you are my daddy. Thank you very much for being here. Continue to guide me.’”

Dennis, who is now 24 years old and a supervisor at a call centre, explained that he decided to start calling his godfather and foster father daddy following an

“He deserves it. He is an amazing person because from birth he was the one there for me.  Growing up, I know him more than my real father so I actually look up to him.  He is an amazing top-tier dad,” he asserted.

The two share a common talent – they are both artists.   Dennis pointed out that his fondest memory with his foster dad was when Mr Ellis taught him to sketch when he was in grade three.

Mr Ellis is also a godfather to four other children, three girls and a boy, whose age range from two to 17.

His biological son, Daniel, age 9 and stepson, Israel, 7, hold him in high esteem.

“He is a hero because he protects me from getting hurt. I like how he cooks. He’s a good cook,” Daniel declared.

Israel pointed out that what he likes most about his stepdad is his willingness to help with his school projects.

A staunch family man and husband to Tracey-Ann, an accountant, Mr Ellis shared that he always tries to instill love in his sons.

“I don’t think someone has to be your biological child to love them. I love children on a whole but I love the ones under my roof more because I get to know them, I get to see their flaws, I get to rap with them. I would never trade them.”

Mr Ellis related that, although his biological father was absent from his life, he was privileged to have a caring stepfather whom he credits for setting the foundation for being the man he has become.

“When he passed I cried. He was a real father. He did his best to make sure I’m good,” said Mr Ellis reflectively. He fondly remembers how at 12 years old he cooked rice and chicken back for his stepfather on Father’s Day.

“In a little boy’s life, a father is important. One of the biggest roles that a father plays in a child’s life, especially a boy, is to instill discipline.  When a mother scolds a son, it is not as effective as when a father does it. It is the hearing of the man’s voice giving the instruction and correction.  Out on the road, it’s pure men talking to him and influencing him so you want to have that same effect at home,” he maintains.