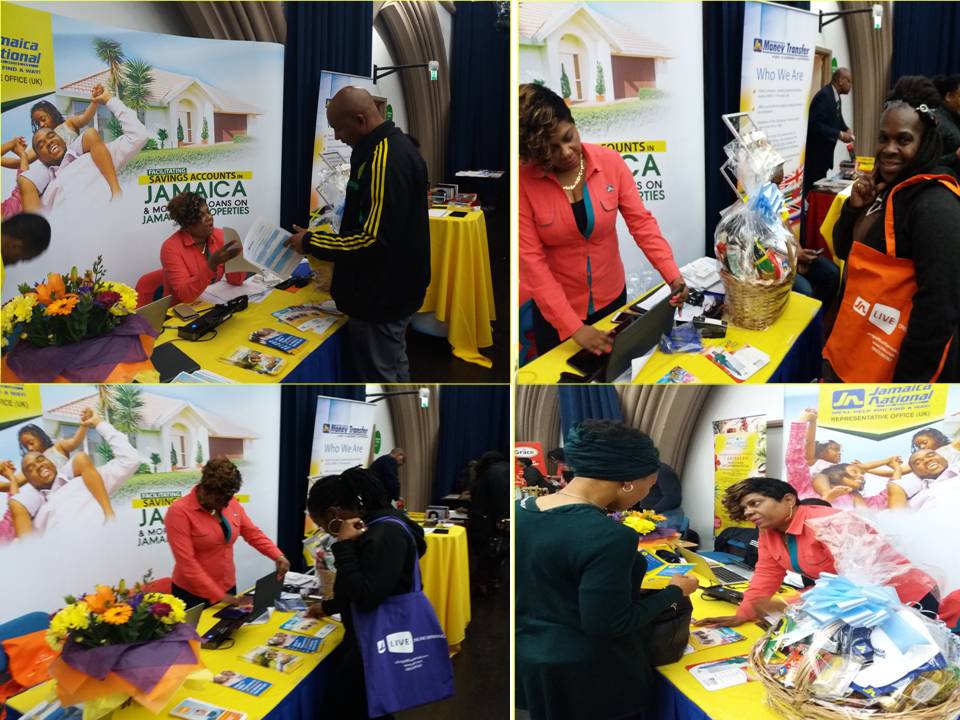 The booth of the JN Representative Office in the United Kingdom (UK) was”a bee hive of activities,” at the second Bristol Afro Caribbean Expo, which was attended by hundreds of patrons, who swarmed to savor a taste of Caribbean culture and cuisine; as well as, to explore business opportunities.

The event was held at the Trinity Centre in Bristol, one of the UK’s diverse cities, with a large Caribbean community, on March 10. In its second year, the exposition targeted small to medium predominantly Afro-Caribbean owned businesses and companies which provided them with support services.

A sponsor of the event, the JN UK Representative Office used the context to highlight its products and services relevant to clients in the UK market.

He revealed that engaging with clients in Bristol was not new, as the JN Representative Mobile Unit team operates in Bristol on the first Saturday of each month, from a location adjacent to the JN Money Services offices (JNMS) at 248 Stapleton Road. There, the team interacts with clients and advises them about JN services.

Mr. Hamilton commended the organisers of the expo, noting that, “They brought together a wide cross section of business persons in Bristol to showcase different offerings to community members;and to engage patrons in discussions around themes supporting their needs.”

The exposition offered networking exposure for businesses that are underrepresented and underexposed, in the city and nationally, according to the organisers.