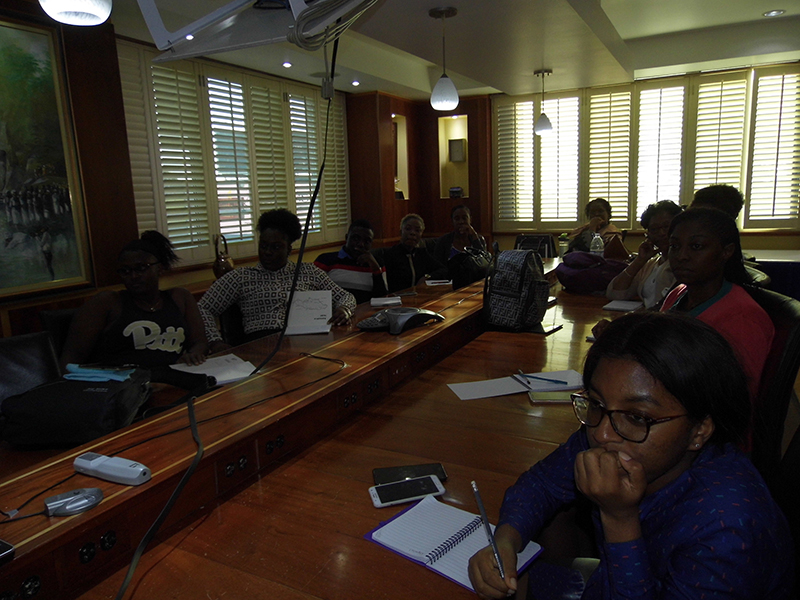 More than 100 employees, including two executives of The Jamaica National Group, have benefited from training in conversational Spanish and French, as part of an initiative, “JN Foreign Chat, Learn a Language,” which aims to enrich the skill sets of employees.

The six-week language classes, which commenced in October, were offered face-to-face and online, to facilitate employees across Jamaica and overseas.

Patrick Carnakie, a credit relations officer, at JN Small Business Loans Limited, chose to participate, as he works in a resort town where he inter-faces with Spanish-speaking visitors regularly.

“I will continue until I can speak fluently,” he related. “I hope to visit Mexico or Spain and want to be proficient, so that I can communicate without the use of an interpreter.”

Similarly, Marcia Brown, a clerk in the Mail Registry unit at The Jamaica National Group and a former Guardsman security officer, stated that she welcomed the opportunity for self-development.

“I did Spanish and French. It was my first time studying a foreign language, as I did not have the opportunity in school. The teacher used a hands-on approach. He showed videos, and that’s my way to learn, because I’m a visual learner,” Marcia said, adding, “I want to be able to communicate easily, in both languages.”

At the helm of the JN Foreign Chat, Learn a Language programme is 24-year-old Rushard Blake, an intern in the JN Group Human Resource Development department.  A trained bi-lingual educator, Rushard lived in France for two years, where he fine-tuned his French and taught English to children and adults. When he became homesick, he returned to Jamaica in July of this year in search of employment.  A former JN WAY Ambassador for two years, while in college, and having worked with JN for four summers, he opted to approach JN.

“JN welcomed me with open arms,” he related. “So far, my experience has been rewarding. I look forward to coming to work, and it has been motivating, based on the interest and support employees have displayed across the JN Group.”

Head of Learning and Development at the JN Group, Paulette Sterling, stated that the rationale for the foreign language programme was to assist employees to communicate with and meet the needs of the increased number of expatriates, who speak French, Mandarin and Spanish, and do business with JN.  Also, it reinforced JN’s commitment to deliver quality service to members and customers.

“The response has been encouraging. More than 100 staff members voluntarily signed up to participate, which is a testament to the value of lifelong learning,” Miss Sterling said, pointing out that, “This initiative was introduced to provide employees with additional skills, which they can use on the job and for their personal development.”

Referencing the 2004 Task Force on Educational Reform Report entitled, Jamaica: A Transformed Education System, by Dr Rae Davis, Miss Sterling affirmed that, ‘The educated Jamaican is one who speaks an additional language.’

The JN Foreign Chat, Learn a Language programme came on the heels of the initiative of Claudia Reid-Williams and Jeffrey Powell of the Christiana Branch, who started to learn Mandarin online last year, so that they could better serve the growing number of Mandarin-speaking business operators in Christiana.

“It has been a challenge communicating with some of our Chinese customers, because they barely speak English,” Mrs Reid-Williams said.

“We had a customer who came in to open an account; however, we couldn’t communicate with each other,” she explained. “I, therefore, accompanied him to his work place, where another Chinese employee assisted us with the translation of our conversation.”

Plans are being developed to expand the JN Foreign Chat, Learn a Language programme, to include Mandarin, next year.