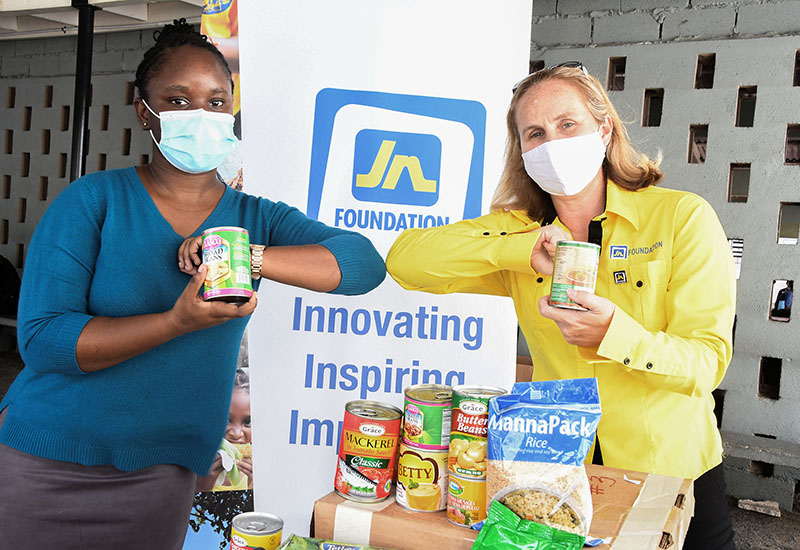 Three charity organisations located in Cornwall, Middlesex and Surrey have benefitted from welfare items donated by staff members of The Jamaica National Group.

The three charities are the St Elizabeth Early Childhood and Therapeutic Centre in St Elizabeth; Children First Agency in St Catherine and the Marie Atkins Night Shelter in Kingston.

The charities received tins of basic food items and toiletries. Onyka Barrett Scott, general manager of the JN Foundation, said the initiative was implemented under Project 3000, with the goal to raise 3,000 cans of food to be donated to the charities.

“The members of staff were enthusiastic about participating in the project, as they knew that it would greatly assist the charities given that the pandemic has had a negative impact on the normal operations of organisations, such as these charities,” she related.

Madge Sanderson, centre manager of the St Elizabeth Early Childhood and Therapeutic Centre, stated, “in this time of need, the contributions were a big help and the parents of the children were very grateful for the donation,” she said.

The centre, which caters to children with disabilities, has been experiencing challenges, given that ‘face-to-face interventions,’ have been suspended.

Mrs. Sanderson noted that some students were being catered to online, with the assistance of their parents.

Claudette Richardson-Pious, executive director of Children First, said the donation came at an opportune time, as the organisation was able to assist children and families who are adversely impacted by the COVID-19 pandemic.

“The donation has enhanced the nutrition of the families assisted; and we were also able to support some seniors, who were also in need,” she informed.

Mrs Richardson-Pious noted, “what was heartwarming was when one of the seniors shared with her that she received enough items, therefore she would be able to share them with her neighbour.”

Children First is a non-profit organisation, which is dedicated to improving the lives of Jamaica’s street children.

Tanya Wildish of the JN Foundation, who coordinated the initiative, stated that although some members of staff were working from home, they made a concerted effort to come into office to drop off their donations.

“That indeed showed the commitment of our members of staff to the drive to assist those who are in need,” she pointed out.

Staff members across the JN Group participated in the initiative and selected the charities to be assisted by registering their votes, based on an online survey, which was circulated shortly after the donations tins were issued.

Mrs Barrett Scott stated that the initiative will also be rolled out in Canada, the United Kingdom, the United States of America and The Cayman Islands, where The Jamaica National Group operates.