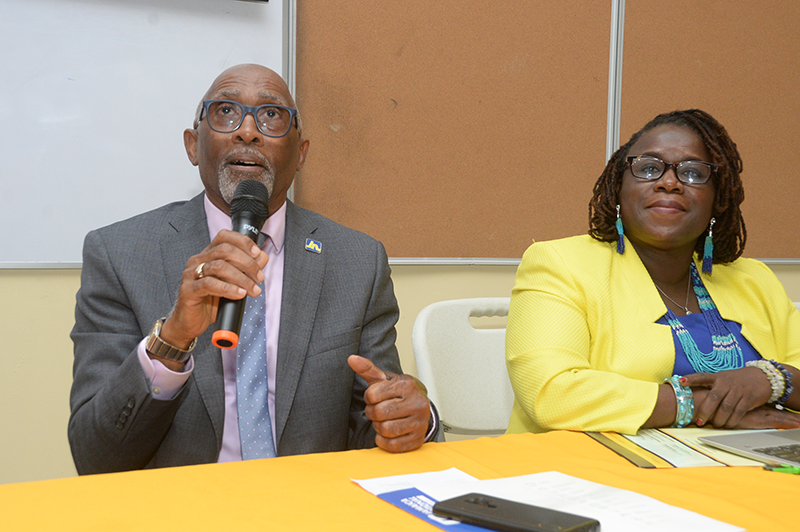 Development experts agree that maintenance and enforcement are critical to insulating the country’s coastal urban centres if Jamaica intends to build up its resilience to increased climate activities, which are not only growing in frequency, but intensity.

In a bid to underscore the urgency with which Jamaica needs to act, one set of experts are even mooting legislating maintenance as a means of managing the problem.

Referencing the approach taken by her own organisation to underscore the point, she indicated that MGI, which innovates and deploys various software applications for governments and other agencies locally and regionally, insists on the entities having a maintenance plan in place to support any solution provided.

“It may be [that] our laws need to catch up with building in maintenance regulations from the very beginning,” she argued. How that could be enforced, Luke Buchanan, senior projects manager at MGI surmised, is during the development application process.

“For example, when you go to NEPA (National Environment and Planning Agency), if there is a clause to say, your project can’t go through [for approval] until it has certain maintenance plans in place, you can enforce it in that way,” he argued.

“It should be part of your sustainability plan,” Dr Maxam chimed in. “So if more emphasis is placed on what it will take to maintain these systems, then that will go a far way in making the system last, once it is implemented.”

She argued that the failure to maintain and expand drainage systems in urban areas, for example, has been a major cause for flooding along with various other factors to include:  failure to expand the infrastructure to match the increased population and development; poor solid waste disposal habits; deforestation in the hinterlands around urban centres, including removal of mangrove forests, which are contributing to the increased vulnerability of areas such as Port Maria, St Mary, which, in February, faced a cataclysmic deluge following heavy rains.

“For example, nowadays when we are building coastal roads there should be soft measures in place. So you want to know that your sea grass, coral reefs and mangroves are in place and thriving, along with that coastal road development. It’s not enough to just pave the road or raise it,” she said.

“We’ve seen where that makes maintenance easier,” she added, pointing out that seagrass and mangroves help to buffer the shoreline, reducing the level of maintenance needed.

Maintenance among worst problems for towns and cities

Urban planner and professor in the Faculty of the Built Environment at the University of Technology, Jamaica, Dr Carol Archer, agrees that the issue of maintenance is among the sorest points for many urban centres.

Making a comparison to the city of Miami, Florida in the United States of America, she underscored that although sections of that city are prone to flooding, it is mitigated by an effective maintenance system, which enables the city to build resilience.

“If you have a broken down car that you’re driving in flood water, it’s not going to be like having a relatively new car that was being maintained. It’s the same principle that applies to your urban infrastructure,” she argued.

Also painting a picture of the local realities, Carlton Earl Samuels, chief development financing officer at The Jamaica National Group, who is also one the country’s well-known and respected professionals in the housing sector, insisted that better monitoring and supervision of developments in and around urban spaces is critical to building resilience against climate activities.

“With the expansion of housing and so on, where the vegetation is being cleared in the hilly regions above the towns, it makes the runoff of rainwater come down in greater volume and rapidly because you don’t have the vegetation to trap the water from rainfall before it gets to these coastal towns,” he pointed out.

“And the drainage, with the increase in commercial activities and the increase in the density of these towns, you have more garbage and refuse being produced and they are not properly stored, they are thrown in the drains and gullies,” he painted the picture, adding that the poor collection of garbage and general lack of civic pride added to the bane being experienced in the country’s urban spaces.

He agreed that maintaining urban infrastructure is a combination of regulation, state action and civic responsibility, but he believes a significant portion of the responsibility still has to be borne by regulators. He noted that while financial institutions like JN are able to hold those developers they finance to account by insisting on and monitoring their projects carefully, only a small percentage of developments are actually funded by financial institutions.

“So several are not adhering to best practices,” he outlined, emphasising that the state of inadequate monitoring has left room for breaches, which impact on the wider built environment.

Relocating the urban centres are not a practical option, the experts all agree, therefore, Jamaica has to rely on its systems and policies to work in its best interest in order to protect it from the worsening climate activities.

In that vein, Dr Archer, argued that the completion of the National Spatial Plan is also vital and would assist in managing the issues that lead to hazards.

“That would help to direct us with what to do with an area such as Port Maria. It would not be a question of relocating, but looking at where you put certain services within the parish (St Mary), so you’d have to get your data and analyse your trends and it would show you: ‘In Port Maria, these are the predominant activities, and these are activities that will have an impact over X number of years’, and they will have a relationship with these [particular] areas, and we’d have to use that to make a decision,” she maintained.

“That is what is needed in the short to medium term,” she emphasised.

The last spatial plan for Jamaica, the Jamaica National Physical Plan, covered development of the country from 1970 to 1998.