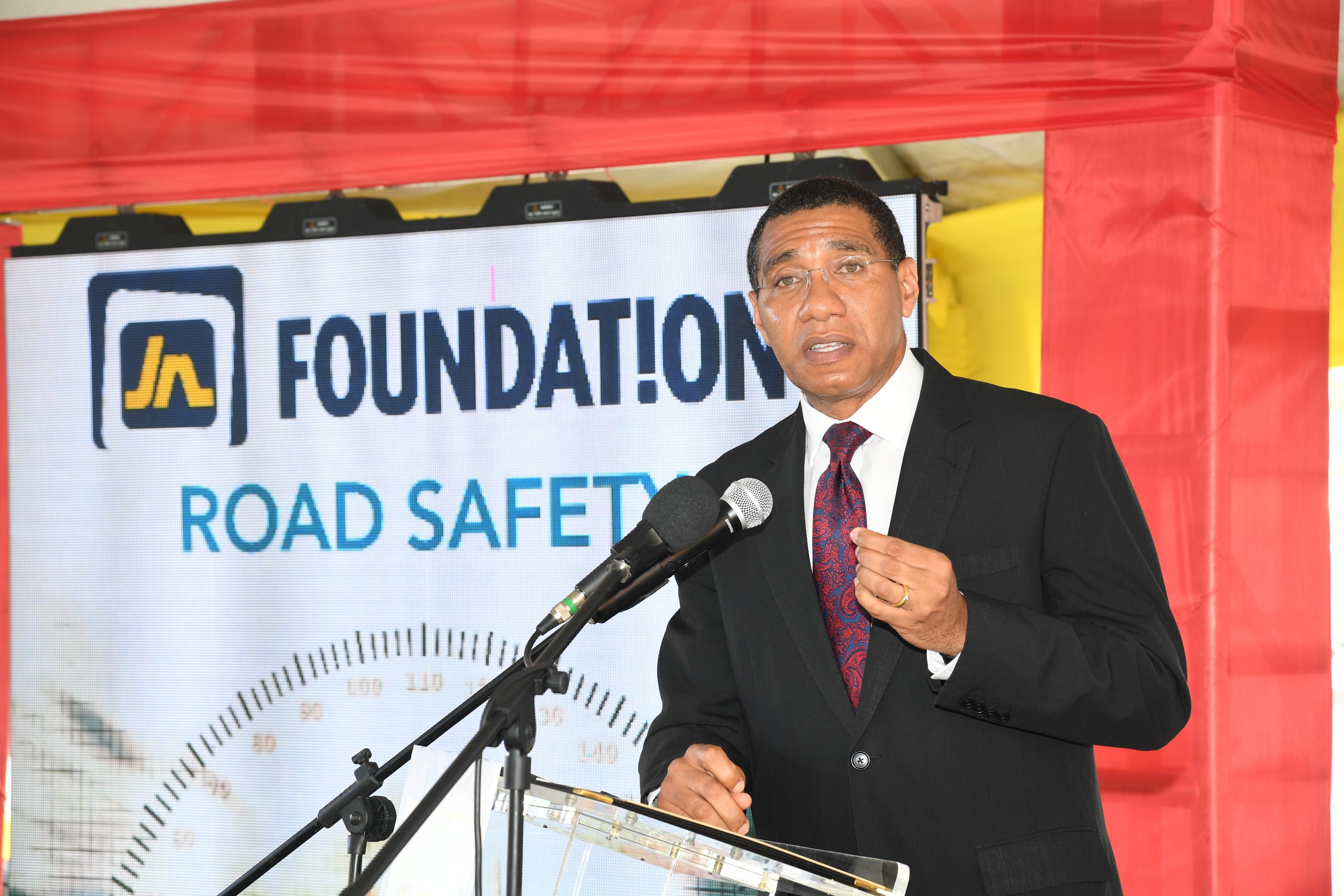 Hon. Andrew Holness, Prime Minister of Jamaica at the new Road Safety Management Facility for the Police Traffic and Highway Division, at the Division’s Elletson Road headquarters in east Kingston.

The opening of a new Road Safety Management Facility for the Police Traffic and Highway Division, underpins a series of strategies aimed at bringing more order to roads in Jamaica during the coming year.

Prime Minister, the Hon. Andrew Holness, at the launch of the Facility in November, said that government is instituting measures to tackle the crashes and fatalities taking place on our roads. He pointed to the tightening of the Road Traffic Act, extension of the traffic ticket amnesty; and plans for the introduction of automated ticketing.

“We believe we are now at a stage in the backroom operations, to be able to identify persons,” Mr Holness stated. “We are able to properly account for the tickets, including the penalties and properly integrate with the court system, to effectively enforce tickets.” 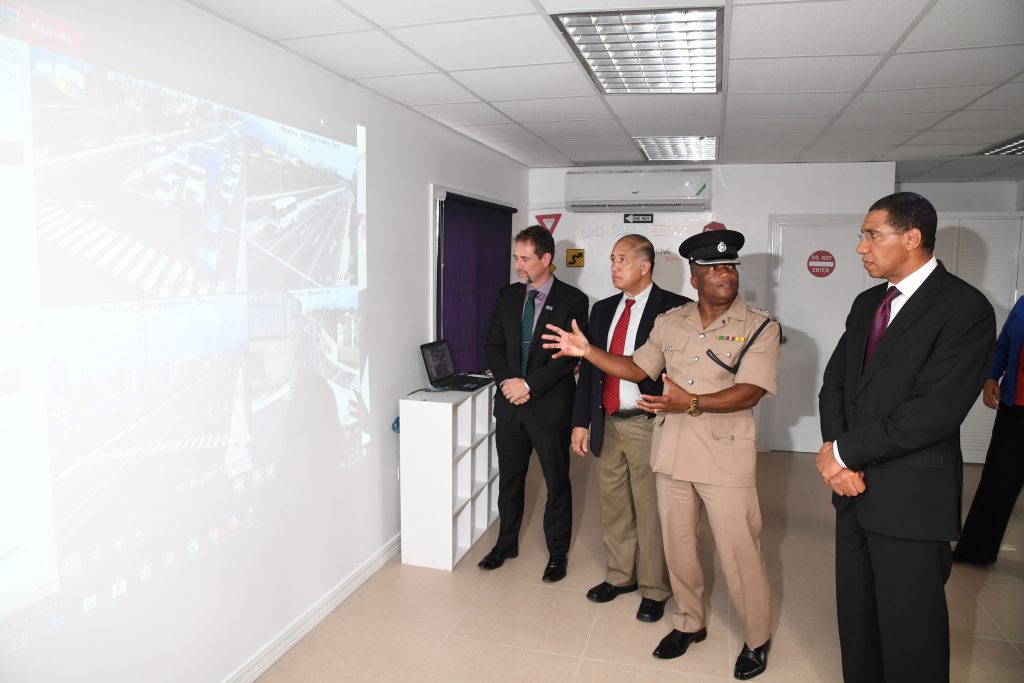 He pointed out that in the past, many tickets were issued to drivers with fake licenses in databases where some offenders have multiple identities.

“The police issue almost 500,000 tickets annually, but the compliance rate has been low,” prime minister Holness stated. “A large part of this is due to the ineffectiveness of the state to actually enforce its rules.”

“After this amnesty is over, the direction to the police will be a zero tolerance of infractions of the Road Traffic Act,” he said. “We are being clear. Before we move from a phase of low enforcement to high enforcement, we give people a chance to set their affairs in order.”

He added that the massive infrastructure developments involving the Mandela Highway and other heavily trafficked roadways, would include the capacity to facilitate speed detection cameras. The Road Traffic Act, now in parliament, will allow these cameras to be used for electronic ticketing.

“That is being refined now. It is one of the amendments which will make the Act stronger for enforcement. And, I am going to make my best attempt to have the Act passed by parliament this year,” the prime minister promised.

“The integration of geospatial technologies and services through improved data collection and analysis will add value to how we develop our policies and interventions related to traffic management,” he stated. “It is the anonymity and the informality which has made it very difficult to manage the Jamaican state.” 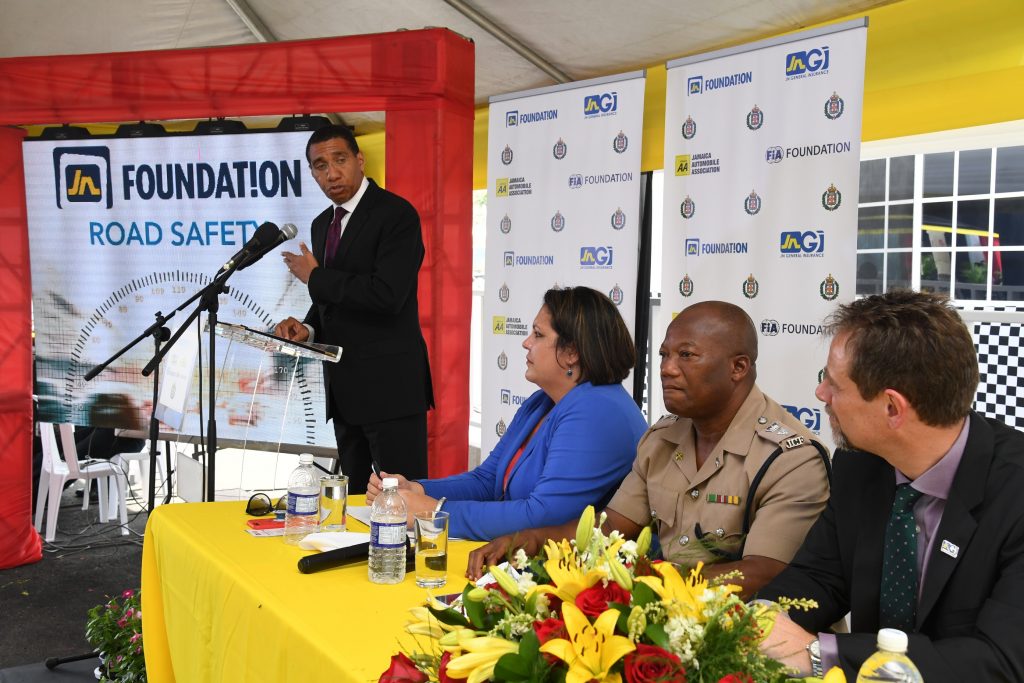 This improved traffic management capability will be supervised through the just launched traffic centre, which will provide the Police Traffic and Highway Division with real-time road crash and network data from the Mona Geoinformatics Institute, allowing them to see what is happening on the roads; as well as, to analyse the data.

With funding from JN General Insurance Company Limited (JNGI); the Jamaica Automobile Association (JAA); the JN Foundation; along with other private sector donors, the centre will also allow the police to offer training to fleet drivers; and serve as an outreach centre for residents in and around Central Kingston.

Chris Hind, general manager, JNGI, pointed out that the automotive fleet in the country had increased from 3,850 in 1925 to 70,400 in 1985. And, by 2010, the Economic and Social Survey of Jamaica indicated that there were some 393,740 vehicles certified fit to operate on our roads.

“In just one generation, the number of vehicles on our roads increased five-fold,” Mr Hind said. “With the continued expansion of the country’s motor vehicle fleet; and because resources available did not grow at the same rate as resources required;  we can now start to understand the massive challenge facing Senior Superintendent Allen and his team, in their efforts to maintain order.”

Senior Superintendent Calvin Allen, commanding officer of the Traffic and Highway Division of the Jamaica Constabulary Force, explained that the new Road Safety Management Facility and Community Resource Centre, located at the Division’s Elletson Road headquarters in east Kingston, was of major significance to the operations of his organisation.

“There was a void,” Senior Superintendent Allen said. “The type and quality of service to our citizens deserve will only come from officers equipped with the latest knowledge and technology. The void was for a facility that would cater to the continuous training and development of our men and women. That facility has now been realised.”