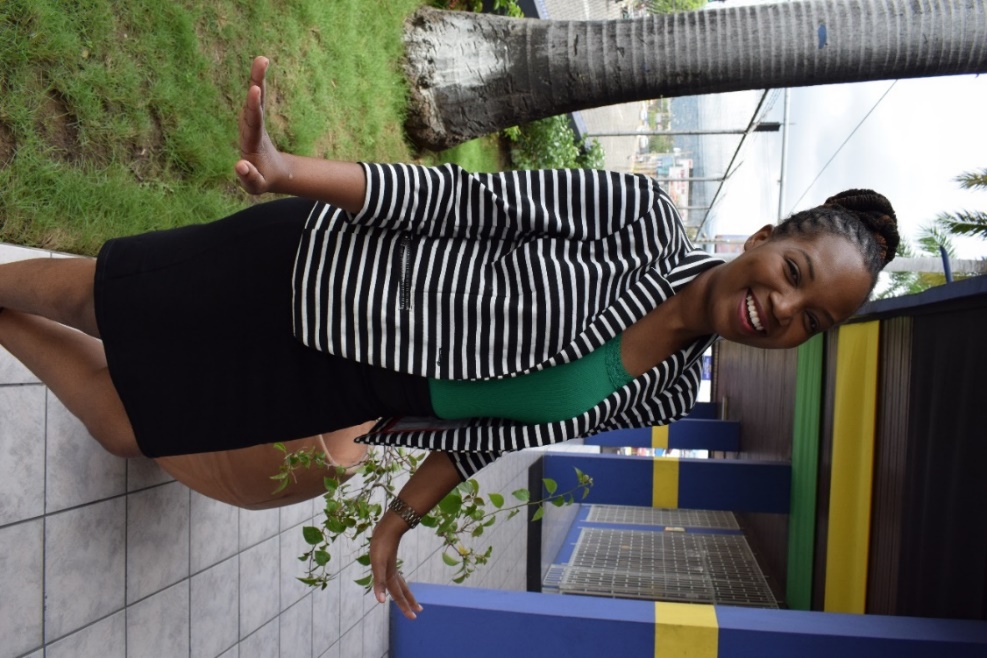 Anjuii James-Sawyers’ cheerful disposition and positive attitude belie the daily struggles she endures with her health.  Her indomitable spirit to persevere, despite her limitations, has been an inspiration to many.

The 33-year-old writer, presenter, and producer at the Jamaica Information Service, has rheumatoid arthritis, a disabling autoimmune disease, which causes her to experience spasms, paralyzing pain, tenderness, swelling and stiffness in her joints, primarily in her hips, knees, fingers and toes.  Furthermore, she tires easily, experiences mood swings and bouts of depression.

For Anjuii, doing simple routine tasks, such as getting out of bed in the morning, often takes much effort and conscious coordination.  For the past two years, her body becomes incapacitated during sleep, thus rendering her unable to move her limbs immediately as she awakes. She has to wait up to15 minutes, until the stiffness in her joints subsides, after which she gently flexes her joints to gain mobility.

“I remember having to crawl to the bathroom a few times.  One day, when I arrived at my workplace, and stepped out of the car, I just could not walk and that happened a few times,” she related.

Needless to say, the condition often takes a toll on her physicaland mental wll-being.

“There are days when I feel as if my condition is more than I can bear. I get very frustrated, when I need to take several breaks while doing chores and preparing a meal. It also takes a longer time to get tasks done at work, and that stresses me. Let’s not even talk about when my fingers get swollen and stiff, to the point where typing is a task unto itself,” she related.

As there are no warning signals when the pain and spams are about to start, Anjuii is often caught off guard.   For that reason, she is hesitant to drive and often declines invitations to social events.

Anjuii, who also has the sickle cell trait, started to have health issues during childhood. The pain was then milder and less frequent. All the tests she did to determine if she had rheumatic fever, turned out negative.  Thirteen years ago, when she became a student at the Northern Caribbean University, the problem became progressively worse; and would intensify when the time was cold.  However, it was not until in 2017 that a blood test revealed that she has rheumatoid arthritis.

With a strong supportive nucleus of family, friends, co-workers, and her therapist, Anjuii is fighting fiercely to remain on top of her game.  At the same time, she’s careful not to push too hard, as she is aware of the repercussions.

“I celebrate the little things, like being able to walk and move around when I can. I’ve become stronger, mentally. I laugh more, and I am more grateful for the simple things in life. I am hopeful that I will stop taking meds and be free of rheumatoid arthritis one day,” she said.

She maintains her health by paying keen attention to her diet.  As such, she has eliminated meat, gluten, dairy, some types of nuts and foods prepared with Monosodium glutamate (MSG).  Also, she remains active, through low impact exercises, while managing stress and getting adequate rest.

Last year, she joined an online rheumatoid arthritis support group, called “RA Chicks,” which has more than 9,000 members, as part of her resolve to increase her coping skills.

For Anjuii, giving in is not an option.

“While being positive isn’t a cure; it certainly makes everything a bit easier to manage,” she quipped.