Police Commissioner for JN Forum in Toronto, NY in July 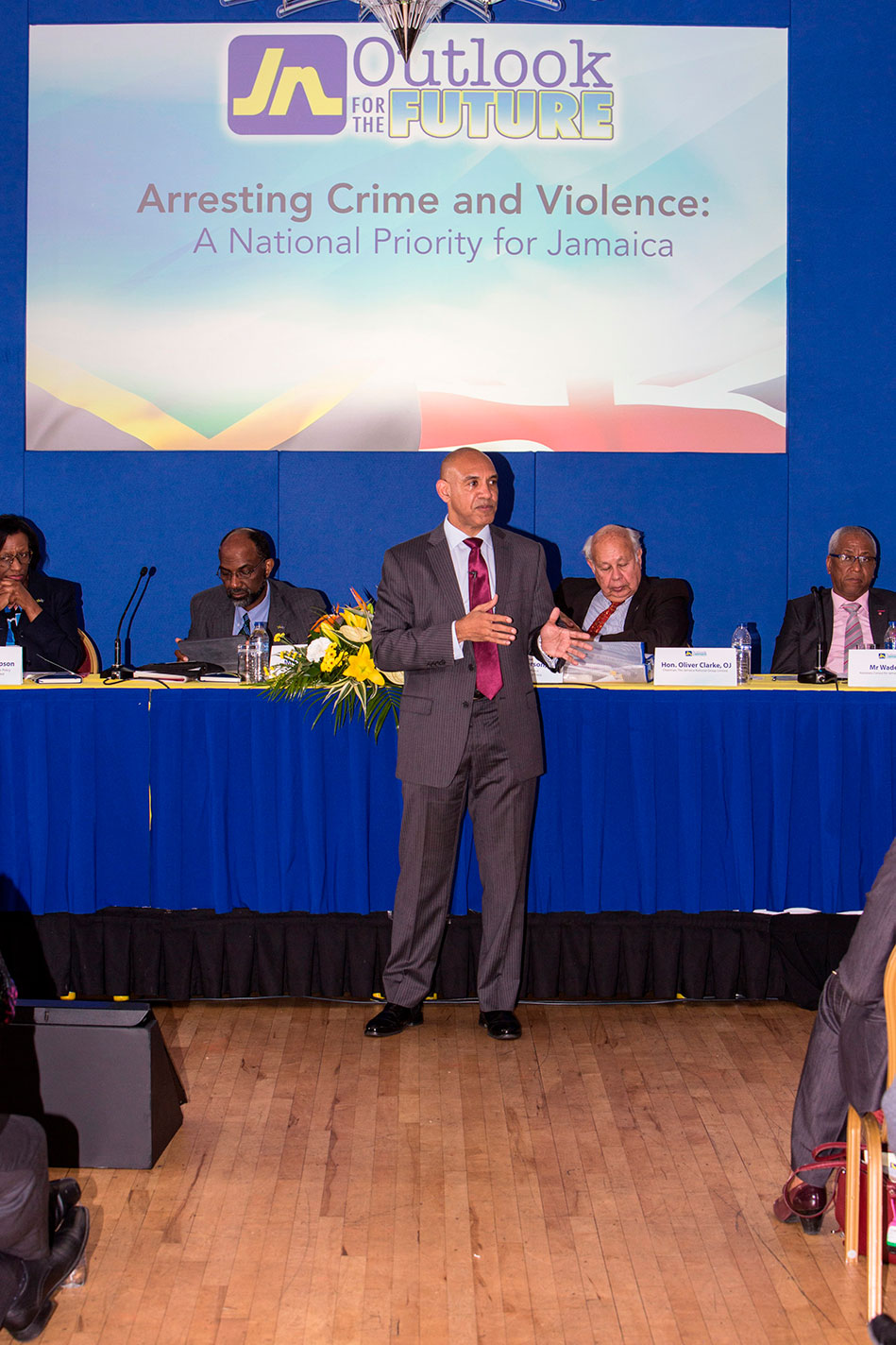 Jamaicans in New York in the United States of America, and Toronto in Canada will be briefed on the status of crime in Jamaica by Jamaican Police Commissioner, Major General Antony Anderson.

The Police Commissioner will be the main speaker for The Jamaica National Group’s Outlook for the Future forum, scheduled to be held at the Omni King Edward Hotel, 37 King Street East, Toronto on July 17, and then Brooklyn Marriott, Brooklyn Bridge, 333 Adams Street, Brooklyn, New York on July 19. The forum will be held under the theme: Arresting Crime and Violence: A National Priority for Jamaica.

Major General Anderson’s address comes, as violence in Jamaica remains one of the prime concerns among Jamaicans locally; and, also in the Diaspora, many of whom have investments, or want to invest in the country.

“As the series has historically achieved, Outlook for the Future, provides a context in which Jamaicans in the Diaspora can receive information about trends and opportunities in Jamaica; and discuss, in a frank manner, issues that prohibit investment or hinder the Diaspora’s involvement in the development of Jamaica; as well as, to clarify other matters,” explained Earl Jarrett, Chief Executive Officer of The Jamaica National Group.

“During the past three years, the country has been operating in a context in which violent crimes, particularly murders, have increased dramatically and is becoming a hindrance to the economic improvements being made,” Mr Jarrett said. “And, now that they appear to be trending down, albeit marginally, we want to talk about how we will sustain those gains, to facilitate growth.”

According to Major General Anderson “there is a strategic approach to reducing crime, with a view to eliminating, the elements that largely contribute to murders – guns and gangs. We have been seeing steady reductions in murders and other violent crimes when compared to last year and the figures have started to trend in the right direction.”

Police statistics show that murders in Jamaica from January 1 to June 9, have decreased steadily by 7.7% per cent, when compared to last year, with 610 murders committed during the period in comparison to 661 in 2017. Shootings are also down by 3.8 per cent, and rapes and aggravated assaults have decreased significantly by 24.3 per cent and 30.5 per cent, respectively.

Since the start of the year the Police have arrested and charged multiple persons for various offences, including murders. In May, 33 people were arrested and charged for murder across the island. Additionally, numerous wanted persons have been taken into custody, with at least two gangs dismantled following months of intelligence-led operations across the island. In addition, approximately 341 firearms and over 5,600 rounds of ammunition have been removed from the streets of Jamaica since the start of the year.

In response to a flare up of violence in Westmoreland earlier this year, the top five most wanted men in the parish were arrested and the ‘Destra Street’ gang in Westmoreland was virtually dismantled, according to the police. Approximately 17 people linked to the gang were arrested. The response also led to the seizure of several high powered weapons and ammunition.

With a special focus on public safety, the police have also clamped down on indiscipline on the nation’s streets with increased police presence at traffic lights during the busy morning and evening periods. This has resulted in smoother traffic flow and less inconvenience to the motoring public.

“The problem of crime must be a central priority in the overall development plan for Project Jamaica,” said Mr Jarrett. “And, therefore, we hope to receive ideas and create linkages through this forum, which will be effective in assisting to address the crime problem.”

The Jamaica National Group first mounted the Outlook for the Future series in 2003. Over the years, the Fora has benefitted from the full support of successive Administrations of the Jamaican Government and key public sector leaders, who facilitated discussions about development strategies impacting Jamaica and the Caribbean.