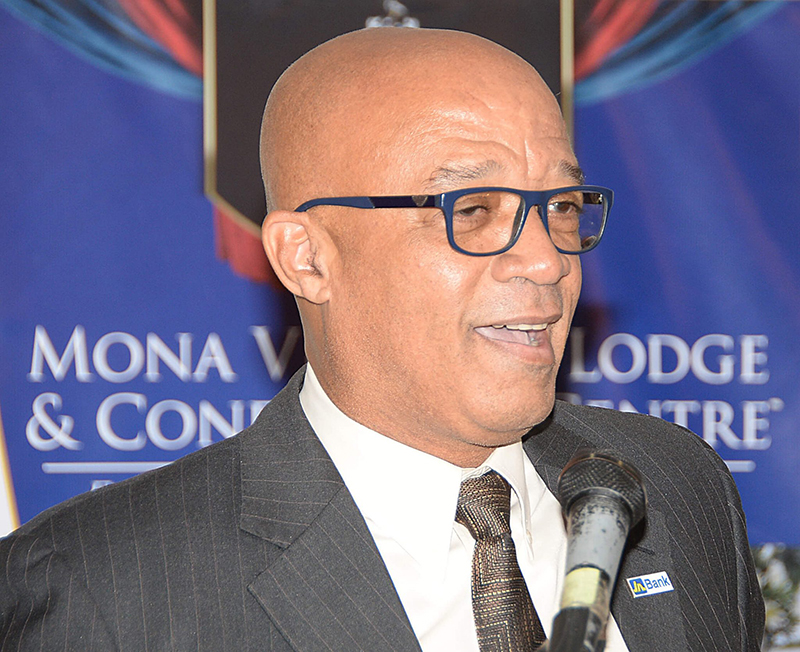 Steve Distant, Chief of Sales at JN Bank, has advised public sector workers to think carefully about their borrowing habits, pointing out that there are many ways to borrow without incurring bad debt.

Mr. Distant noted that the first rule of thumb, is to know the difference between good and bad debt and to learn how to be strategic about borrowing.

However, he pointed out, that the reality is that many Jamaicans, including members of the civil service, are borrowing to supplement their income, which leads them into a cycle of debt.

President of the Jamaica Teachers’ Association (JTA), Owen Speid, agreed, noting that many teachers are borrowing to make ends meet, because of the low salaries they take home.

Mr. Speid said many teachers are saddled with debt, because they are forced to borrow to pay for their day-to-day expenses, including rent.

Patrae Rowe, President of the Jamaica Police Federation (JPF), noted that the situation is quite similar for police officers.

“What we have seen is that, police officers are heavy consumers of loans and they are also prime targets for informal lending agencies,” he said.

Mr. Rowe further explained that one of the main reasons many officers fall into a cycle of debt, is based on their inexperience and the fact that, many enter the constabulary at a very young age.

“Many police officers typically join the force at 18-years-old, straight out of high school and enter the public sector with a secured salary from government, and sometimes, their inexperience leads them to make poor financial decisions,” he said.

“A lot of officers, who are from rural Jamaica and are placed in Kingston, incur early financial needs, such as funds to purchase furniture and to pay their rent and many of them borrow to meet those needs. It then graduates to a need for a car or to support their family.”

Mr. Rowe stated that the habit of borrowing starts from their need to supplement their income and then it often spirals out of control, to the point where many are stuck in a cycle of debt and borrowing.

“One big problem that is emerging is that many of our police officers are filing for bankruptcy status, because they are in a deep state of debt, as a result of their poor financial habits,” he explained.

He also noted that the attraction to informal lending agencies is a cause for concern, because the long-term policies of many of these institutions are often not favourable.

“Many persons buy into the convenience of borrowing from these unregulated agencies – the quick turnaround time, no guarantors, and so on; but, in the long-run, they end up getting saddled with high interest loans, which they are struggling to repay,” he revealed.

Mr. Rowe said the JPF has been seeking to expose more of its members to financial literacy seminars, to assist them to make better decisions about their money management.

“At the same time, the federation has been doing rescue missions, to get many of our officers out of debt. We are trying to introduce our members to a formal system of borrowing; and urge them to structure their finances in such a way that they are less exposed and vulnerable,” he revealed.

He noted that the JPF has been working with several institutions, such as the JN Bank, to host these financial literacy workshops, on a wider scale, to be able to reach more of our members.

“These workshops normally expose them to the risk of borrowing from institutions that do not serve them well. We also try to engage them in a formal system of training and education, in terms of how they manage their finances,” he explained.

Sandra Jones, Manager, Public Sector Engagement at JN Bank, said it is critical for Jamaicans to understand that borrowing should never be done simply for consumption.

“You should always consider how you will earn or benefit from the funds you borrow,” she advised. “For example, you borrow to purchase a house, or to further your education, as these are assets which will appreciate and help you to generate wealth, in the long term.”

However, Mrs. Jones, advised against borrowing to purchase furniture, gadgets, clothes, and to pay one’s rent. “These are actions, which will only lead to financial ruin,” she warned.

The JN public sector banker informed that one’s goal should be, to develop a habit of carefully managing their finances, despite the size of their income.

“It may not be easy; however, it is important to live within your means. Plan and budget your resources monthly, to ensure that you are keeping a close eye on your finances,” Mrs. Jones advised.

She added that, “Despite how small your salary may be, you must also try to save at least ten per cent of your income, monthly.”

Mrs. Jones advised members of the civil service to explore different ways in which they can increase their income, by using their marketable talents and skills to earn more.