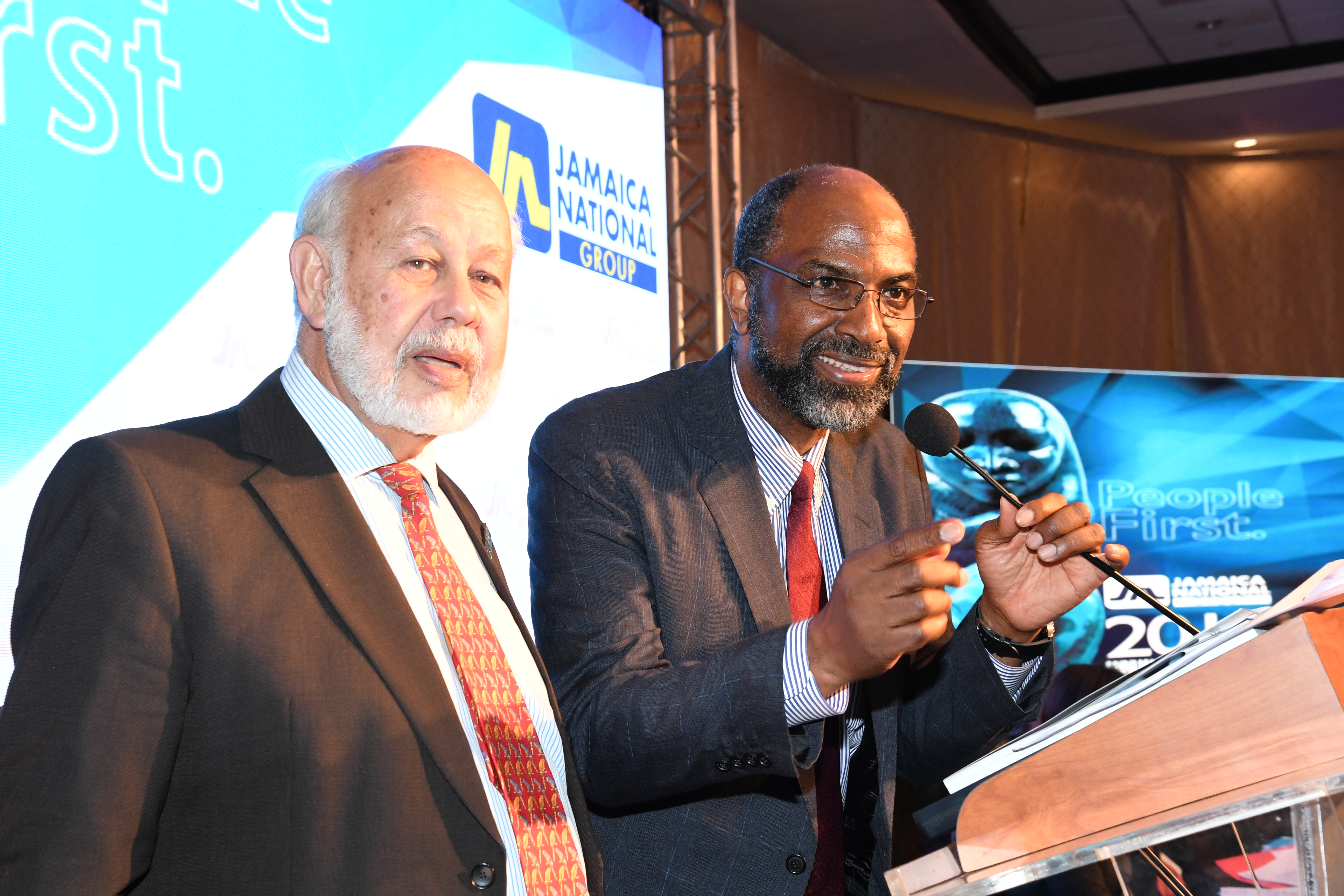 Chief Executive Officer of The Jamaica National Group, the Hon. Earl Jarrett, has paid tribute to Chairman of the JN Group, Hon. Oliver Clarke, who passed away on May 16.

Mr Jarrett noted that as chairman of the Group, Mr Clarke was instrumental in the transformation of the local building society movement, by encouraging the expansion of building societies from parish-based entities into urban organisations, while maintaining the strong mandate to serve its members.

Before rising to chairman, Mr Clarke served as assistant general manager and general manager of then Jamaica National Building Society (JNBS) from 1971 to 1976. He then served as chairman of JNBS for two decades, from 1977 to 1997 and as deputy chairman from 1997 until 2002, when he was re-appointed chairman.

“Under his astute leadership, spanning almost 50 years, the Jamaica National Building Society embarked on a historic reorganisation programme in 2017, which resulted in the formal establishment of The Jamaica National Group comprising more than 25 entities. Among the historic achievements was the transition of the building society to a commercial bank, JN Bank,” said Mr Jarrett.

He continued: “Under his chairmanship, Jamaica National has become firmly established as a multi-national business includes banking and other financial entities, technology, insurance, property management and automotive services. Today it is recognized as one of the top ten companies from the Caribbean to the world. While pursuing the expansion of the JN Group, he maintained its ownership structure as a mutual organisation, owned by its members and customers.”

He also recognised Mr Clarke’s indelible contribution to the media landscape in Jamaica, noting that he made a tremendous impact in business and media for almost 50 years. Mr Clarke was a founding member of the Private Sector Organisation of Jamaica (PSOJ) and served as its president years later. He was inducted by the PSOJ into the Private Sector Hall of Fame in 1996.

Mr Clarke was also managing director of The Gleaner Company Limited from 1976-2011 and later, chairman of 1834 Investments Limited, following the company’s merger with the RJR Group. An advocate for press freedom, he was also a president of the Inter-American Press Association.

“All of us at The Jamaica National Group, who have worked and interacted with Oliver Clarke over the decades, recognise the significant impact he made on Jamaica and the Caribbean and his passionate pursuit of initiatives that would achieve his objective of ‘people first’, said Mr Jarrett.”

“The directors of the boards, executives, managers and employees of The Jamaica National Group, extend their condolence to his widow, Monica, his daughter, Alex, and other members of the Clarke family.”