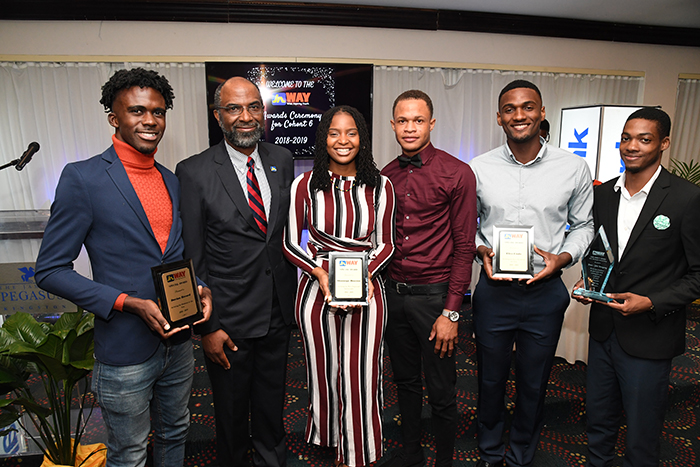 The ultimate goal for Kemar Titus is to be in a position, one day, to create employment and educational opportunities for the young people in his community.

The 22-year-old, who was recently announced winner of the JN Bank’s Wise Aspiring Youth (JN WAY) scholarship, was raised in the sleepy district of Stepney, St Ann.

“I want to be an entrepreneur, to eventually be my own boss; and, in so doing, I will also be able to create jobs for others. This is one of the many ways that I plan to help to grow the economy; and to give back to my country,” he said.

A product of the Aabuthnott Gallimore and York Castle High schools, Kemar also dreams of building a youth centre, to create more opportunities for skills training and education, for young persons in his community.

Kemar stated that he was grateful for the assistance, which he received from several persons; and corporations, such as JN Bank; and he is determined to “pay it forward.”

“I am extremely happy for this scholarship; and I thank JN Bank for giving me the opportunity to take some of the financial burden off my parents, especially my mother. It has not been easy; and my parents have made big sacrifices to ensure that I receive a sound education,” Kemar noted, stating that the funds will go towards his tuition.

He said he is also grateful for the JN WAY Ambassador programme, which has helped him to grow tremendously.

“JN WAY has given me the confidence to walk up to anyone and start a conversation. It also gave me the opportunity to meet persons in the business community; and to forge strong relationships with my peers. I would recommend any young person to participate in this programme,” he affirmed.

The recipient must also maintain at least a 3.0 grade point average; be a top performer in the JN WAY programme; and can prove financial need.

Kemar is currently pursuing a double major in Marketing and Management Studies at The University of the West Indies (The UWI), Mona. The final year student, said he will redouble his efforts this year, with the hope to land another scholarship to pursue graduate studies.

“I want to pursue a Master in Business Administration (MBA), after I complete my first degree. I know the course is quite expensive; therefore, my plan is to finance it by working fulltime; and making use of any available scholarship opportunities,” he stated.

He informed that he is equipping himself with the proper qualifications to bolster his chances of fulfilling his life-long goal, to become one of the top marketing executives in Jamaica.

“I love the field of marketing; and I definitely see myself working in that area for many years to come. I believe I have the personality and drive to succeed in the arena,” he stated.

Another JN WAY top achiever is Peter-John Youngsang, who walked away with three of the seven awards. A final year student at the Caribbean Maritime University, he received the awards for Most Reliable Ambassador; Team Player of the Year; and The Earl Jarrett Award (Exceptional JN Youth Ambassador).

The 26-year-old is pursuing a Bachelor of Science degree in engineering, specialising in industrial systems.

“My main goal is to become an aircraft maintenance engineer; however, that programme is not offered in Jamaica. But, I’m hoping to use the knowledge and skills I’ve attained at CMU to transition into aviation,” Peter-John said.

Since its inception in 2014, the JN WAY programme has empowered more than 200 tertiary level students. The programme seeks to build their skills in money management, public speaking and career development.

Shanna-Kay Wright Vaughn, youth marketing officer at JN Bank, also revealed that next year, the programme will be expanded to impact more young people; and provide additional rewards and opportunities for their development.

Other awards were presented to: Shonnoya Houston, Most Improved Ambassador; Clive Lindo, Team Leader of the Year; Davian Record, Marketer and Ambassador of the Year.