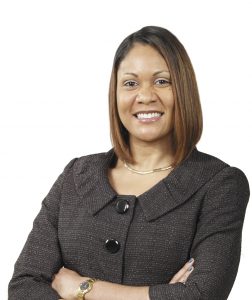 An experienced financial professional and business developer, Leesa Kow assumed the position of Managing Director of JN Bank in July 2022. She was previously Deputy Managing Director for JN Bank, a post she was appointed to in November 2017.

In that role she has led the implementation of JN Bank’s strategic digitalisation initiatives – a major transformation project for which she has provided oversight of both the operational and change management processes to ensure alignment, seamlessness and success. She also led the building of the bank’s compliance culture, providing oversight of the management of its risk framework, to include the Risk, Compliance and Operations portfolios; as well as the alignment of JN Bank’s business strategies

Ms Kow began her career at JN in 2003 as senior manager for Remittances. She was promoted to executive, Marketing, Sales and Promotion in 2006 and two years later to general manager of JN Money Services Limited (JNMS), which traded then as JN Money Transfer, but trades today simply as JN Money.  During her leadership of JNMS, JN Money Transfer became the largest remittance brand from the Caribbean, expanding from some 200 branches and agents to more than 8,000, spanning three continents over a three-year period.  She also led JN Money to become the market leader on important remittance corridors to Jamaica, such as the United Kingdom & Cayman.

Ms Kow served as president of the Jamaica Money Remitters Association from 2012-2017, and is currently a director of the Caribbean Association of Banks (CAB) and chairperson of the CAB Advocacy Committee.

She holds the BSc, Management Studies and Accounting (First Class Hons) and the MSc, International Business (distinction), both from The University of the West Indies (UWI).