The Experience of Emerging from a Coma 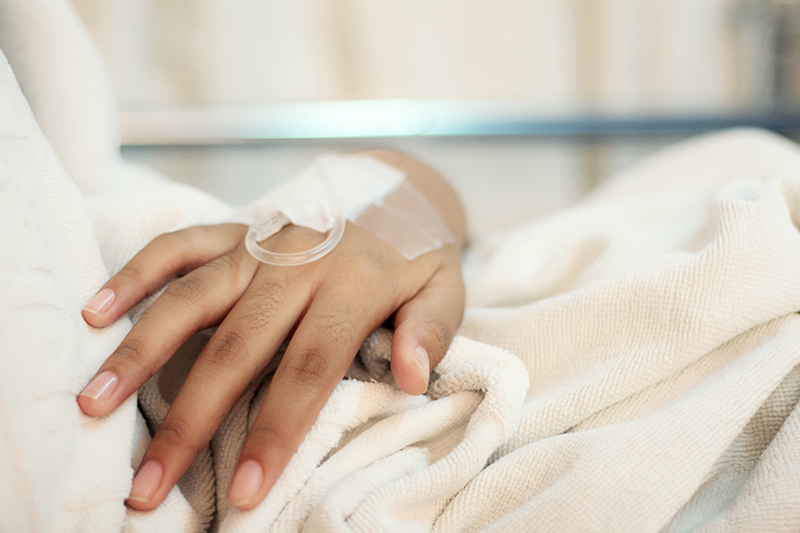 Being in a coma can be a stressful time for loved ones as a patient can remain in a state of unconsciousness for years. For some patients, the experience can be life-changing as some transition to a persistent vegetative state. Coming out of a coma, without any long-term implications, brings great relief for loved ones.  It’s an experience which Henrique Chambers and Gary Thompson can readily relate to.

Chambers was in a coma for 28 days, in the Intensive Care Unit of three hospitals. When he regained consciousness in the St. Joseph’s Hospital, he was unable to process where he was and why he was there. 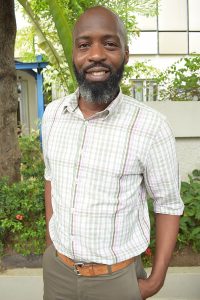 On March 16, 2007, Henrique, then a detective in the Criminal Investigation Branch of the Jamaica Constabulary Force (JCF), was travelling with two police officers along the Porus main road in Manchester, when the car struck a concrete utility pole and then careened across the road and crashed into an abandoned shop.   His colleague, who was in the back of the car, died instantly and the driver lost consciousness for a few days.

“What I remember is seeing the windscreen rushing towards my face and then feeling immense pain afterwards,” said Chambers, now a cyber-security incident response specialist at The Jamaica National Group.

Chambers sustained such severe head injuries that he was not expected to survive; and if he did, he would be in a vegetative state for the rest of his life.

On the last day of his coma, a scary dream jolted him back to consciousness.

“I had a dream that I was trying to run from a situation,” he said.

He awoke to find tubes in his nostrils and being attached to intravenous drips. He pulled out the tubes, tried to get out of the bed, and then he collapsed.

“My muscles were weak because I was lying down for so long.  Several nurses came and helped me back on to the bed. They asked me if I knew where I was,” he related adding that he couldn’t remember his name when he was asked.

Moreover, he could not remember the names of his family members, who were regularly by his bedside, or even recognise who they were.  After a week, he started to recognise his parents and close friends, but his inability to identify one individual was troubling to the family.

“I couldn’t recognise my wife.  My in-laws were telling me that I was married to her, and I was wondering ‘When did I get her pregnant?’,” he said, adding that she was eight months pregnant at the time, with their first child.

“It was a very stressful time for my wife because I was able to recognise others, but not her,” he pointed out.

After he was released from the hospital, he experienced blurred vision for a while; and had to relearn basic coordination, such as how to walk and write. With sheer determination, Chambers has been able to lead a normal life, although he still suffers some discomfort from his injuries. He credits his training in the JCF for the mental fortitude which keeps him going.

Meanwhile, Lynval Thompson, general manager at the Jamaica Urban Transit Company (JUTC) Portmore depot, related that his son, Gary, was eight years old when he went into a coma after developing Myocarditis, which caused his organs to fail. According to the Mayo Clinic in the United States, Myocarditis is an inflammation of the heart muscle that reduces the heart’s ability to pump blood. It also causes rapid or abnormal heart rhythms.

Gary was not expected to survive. When he did, however, the hospital staff referred to him as the ‘miracle child.’

“He was in a coma for ten days during which his heart machine failed twice.  I was reading and talking to him during the whole time. On the ninth day, I saw a teardrop, on his cheek and I believed that meant he could hear me.”

Gary likened the experience of being in a coma to being asleep.  He recalled having several ‘wacky’ dreams. Like Chambers, he said he was confused when he woke up.

“I was feeling really groggy.  I felt weak and started to shake while trying to walk.”

Now 26, Gary opines that his parents reading and talking to him helped him to be able to connect with them immediately when he woke up.

Dr. Ché Bowen CEO, MDLink Telemedicine, pointed out that a coma can be caused by a variety of problems including traumatic head injury, stroke, brain tumor, drug or alcohol intoxication, or even an underlying illness, such as diabetes or an infection.

“A coma is a medical emergency that seldom lasts longer than several weeks. People who are unconscious for a longer period of time may transition to a persistent vegetative state and are unlikely to awaken. Sometimes the cause of a coma can be completely reversed and the affected person will regain normal function. Factors affecting recovery from a coma include: cause of coma or mechanism of injury, severity of injury, how quickly medical care is initiated, patient’s age, nutrition status and quality of health care received,” Dr. Bowen explained.